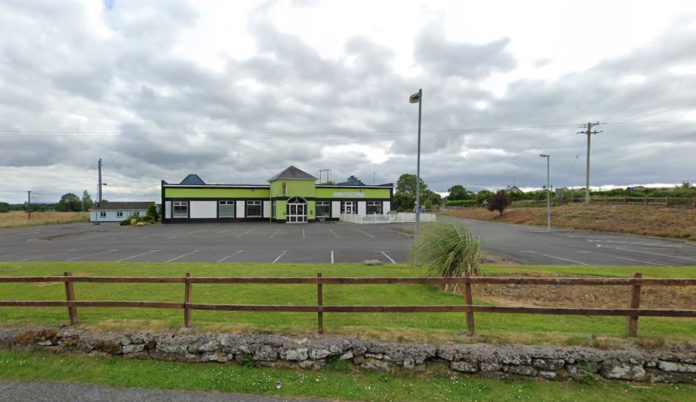 A private coach operator in Galway is seeking planning permission from the county council for a larger bus depot at the site of a former restaurant and grounds near Oranmore.

Donoghue’s of Galway is a private bus and coach operator based in Clarinbridge, which has been in business for more than 50 years.

They are seeking planning permission from Galway County Council for a partial change of use for the site of the former Mother Hubbard’s restaurant in Moyvilla, Oranmore.

Part of the existing vacant former restaurant, which was also briefly used as a pre-school, would also be converted into offices for the businesses.

The new bus depot is needed to relieve pressure at their existing location outside Clarinbridge, which has been affected by the downturn in traffic caused by COVID-19.

“With the acute downturn in international travel and government policy prohibiting the free movement of travellers allied to the disruption in school bus services, this has led to the concentration of vehicles on our current depot which impacts the smooth running of operations.”

“The former situation is further exacerbated by the unlikelihood of a return to full operations for at least another 12 months.”

The planning report notes that the restaurant was created with a large parking provision in the first place as it catered to passing motorists and HGVs, which includes a number of existing large spaces for buses etc.

The site is already used by Donoghue’s for the storage of some of their buses, and this project would allow operations to be consolidated into a single location.

A decision on whether to grant planning permission for this bus depot is due from Galway County Council by May 21.