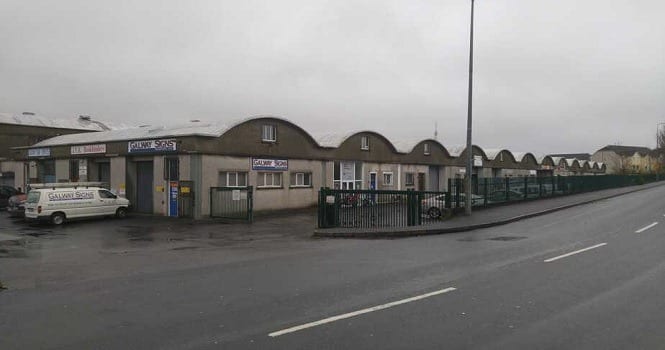 Plans have been announced today for a major urban development in Galway City which could deliver 1,000 new homes as well as employment opportunities.

The Land Development Agency has today announced that it is commencing a review study for uses of a 20 acre site on the Sandy Road which could deliver huge numbers of homes, as well as commercial and leisure space.

The review process, which is being funded by the LDA, will evaluate the potential for the site and provide a high-level vision of what the development could comprise.

Once this review is complete it will be put up for public display and consultation so that the people of Galway can have their say on how they think this space should be utilised.

“This collaboration and partnership with the LDA offers a unique and unparalleled opportunity for the early regeneration of these brown-field lands, acting as a catalyst for the wider re-development of Liosbaun and the Headford Road area.”

Under the National Planning Framework the population of Galway city is expected to reach 120,000 by 2040, with much of that growth targeted for outer suburbs.

The LDA is finalising a Memorandum of Understanding with Galway City Council in relation to the site, which will provide for a review of how the delivery of affordable accommodation can be achieved.

Today’s announcement comes less than a fortnight after the LDA announced a similar review for a major site in Limerick city centre with capacity for thousands of new homes.

The process will commence immediately with  an expert panel appointed by the Royal Institute of the Architects of Ireland (RIAI) to conduct a design review.

As part of the review the LDA’s panel will consult with state bodies and other landowners including the City and County councils, Galway Education & Training Board and Galway Bay FM.

Keith Finnegan, Chief Executive of Galway Bay FM, said “We are pleased to see that there is a proposal to develop the area and we look forward to engaging with the other parties in exploring the possible development.”

Chairman of the LDA, John Moran said that getting ahead of the demand for new homes is key to the future development of Galway City.

He added that it is a “great honour” that the LDA’s first project in the west of Ireland is helping to develop Galway.

“The site will bring not just much needed homes but help change how people go about their daily lives,” John Moran said.

“We would like to see a neighbourhood designed for a new way of living given its proximity to Galway city centre and key transport links.”