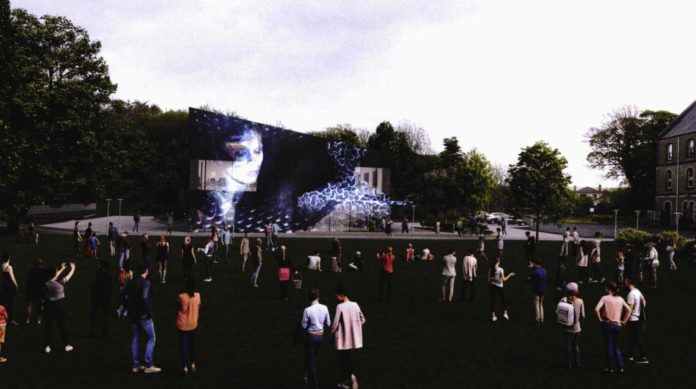 Planning permission has been granted for a new office development in Galway City, meant to provide co-working space for startups.

Comhoibriú CLG (Trading as CREW) has received approval for a two storey office block a the Cluain Mhuire GMIT campus on the Wellpark Road.

This development is meant to be a flexible, multi-unit co-working space for startup and fledgling companies.

The office block will be served by 17 car parking spaces, two of which will be outfitted with electric vehicle charging points.

There are 44 trees located on the site, and it is intended that 21 of these will be removed to make way for the office project, 15 of which CREW proposed to replace.

The council stipulated that six native trees beyond what the developer intended to must be planted on the site, and any additional trees taken out of it must be replaced.

Creative Enterprise West (CREW) was established as a joint initiative between partners including GMIT, Galway Film Centre, and Western Development Commission, meant to support the development of digital enterprises in the west of Ireland.

Last year over €6 million in funding was allocated by Enterprise Ireland, GMIT, and other partners for the establishment of a hub for the CREW initiative.

There were no objections or any other third party submissions made to the city council concerning this project.

Planning permission was granted by the city council for the development with a total of 13 standard conditions attached.