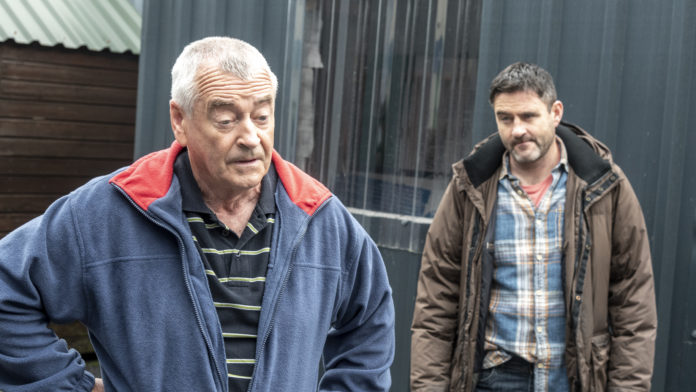 Mack pulls no punches getting his money back, Briain is now a complete outcast, and Caitríona might just be jealous of Vince in Ros na Rún.

Caitríona despite herself, is bothered that Vince is out socializing, while he is loving her apparent jealousy of his new found freedom, will he regret his brazenness.

Mack delivers a €10,000 ultimatum to Dee, demanding that she return the money she took from him, or suffer the consequences, whatever they may be.

Thanks to Briain, Berni now feels unsafe in her own home and uneasy around men. She even takes a lump out of her friend Laoise when she tries to pull Berni out her slump.

Has Briain gotten the better of her or will Berni find the strength to move forward?

While she doesn’t feel safe in her home, Briain has none of his own after the video of him attacking Sorcha gets out, and contemplates leaving Ros na Rún as he’s now a pariah in the village.

For her part, Caoilfhionn feels desperately guilty about releasing the video, as it may end of costing O’Shea her job.

Hoping she can rectify things. Caoilfhionn admits what she did to O’Shea, and is willing to take full responsibility for her actions. But will O’Shea let her?

Catch up on all the latest in Ros na Rún this week in a double feature omnibus on TG4 this Sunday at 7:30pm.