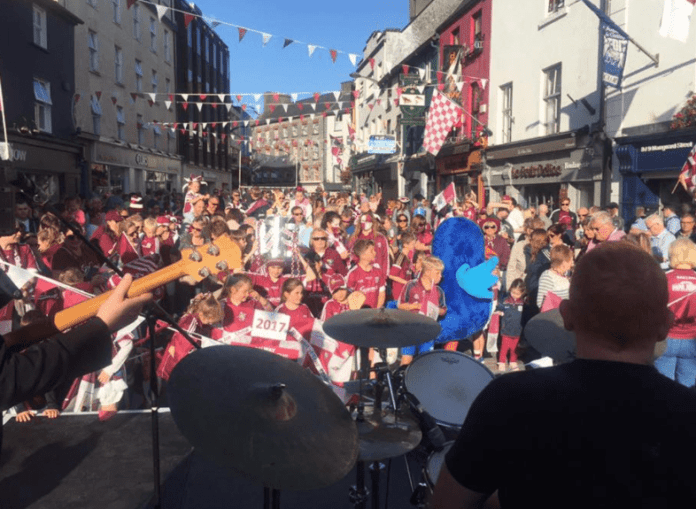 Galway supporters are gathering in the city to support their team before heading to Croke Park on Sunday.

There is no lack of support as Galway city and county have been united in a sea of maroon for some time now.

Now that the game is finally within sight, there is a buzz around, and it really doesn’t get much better than All-Ireland final buzz.

This is the scene right now.

But even this morning, the mania was evident around the city.

Gaillimh Abu!! Kids from Craughwell… all dressed up for victory on Sunday #GalvWat @GalwayLatinQtr pic.twitter.com/PDFUQ2HcoP

But it’s not just people who are hyped up for the game – it seems manIkins posing as hurlers are popping up too.