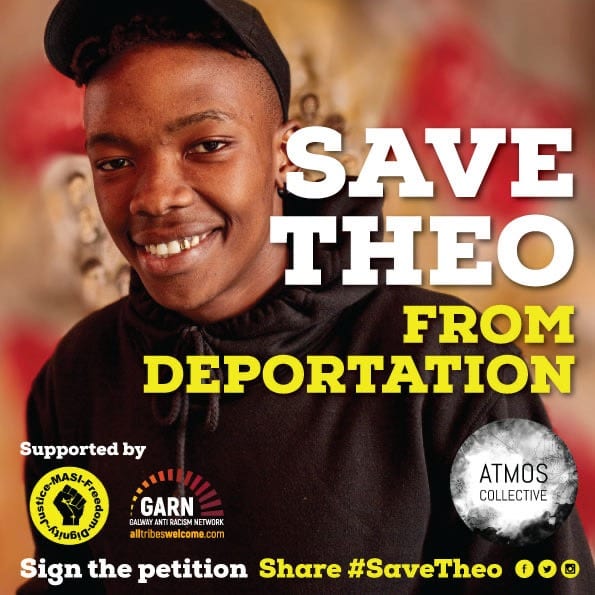 Thousands of people have signed a petition calling on the government to reverse a deportation order for local musician Theo Ndlovu.

Theo Ndlovu, aka ‘Touché’, came to Ireland seeking asylum in July 2016 and spent three and a half years living in Direct Provision, and has since had his deportation ordered by the Department of Justice.

A spoken word and hip-hop artist from Zimbabwe, in his time in Galway Theo founded multicultural music project ‘Atmos Collective’ which has facilitated many music workshops in Galway.

The Atmos Collective was recently granted funding by Galway 2020 as part of their ‘Small Towns Big Ideas’ scheme, to host community music workshops in the city and county over the next 12 months.

The collective has set up an online petition on Uplift calling on Justice Minister Charlie Flanagan to intervene and reverse the decision to deport Theo.

As of the time of publishing this article the petition has attracted over 3,250 signatures out of a goal of 4,000.

The campaign is supported by the Galway Anti-Racism Network, which says that it is our humanitarian duty to protect the rights of people who to Ireland seeking safety.

“Theo connected the Galway Anti Racism Network to Galway 2020. He’s gone out of his way to make connections in this city that has brought everyone that little bit closer,” said Joe Loughnane of GARN.

“A young man with such potential is needed in this country, he came here to seek a better a life, a life free of pain, surely we can give that to him. The Minister needs to allow Theo to stay.”

A well known fixture of Galway’s music scene, Theo has performed at multiple cultural and charitable events in Galway and around Ireland.