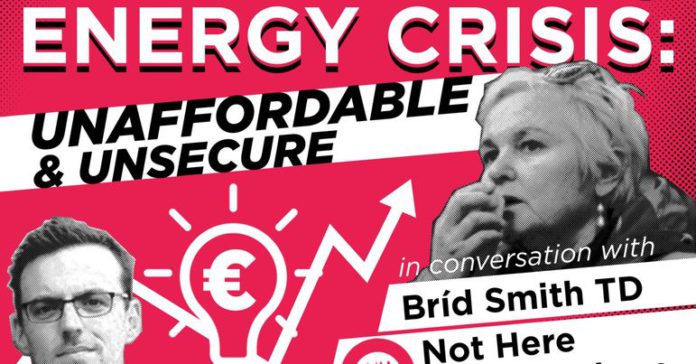 People Before Profit Galway has organised an online public meeting on ‘skyrocketing energy prices’ on Thursday, February 24 at 7pm.

The meeting follows a significant increase in home heating and electricity prices experienced by people since the new year.

Adrian Curran said that people have seen their bills increase by hundreds of euros in a short space of time and that the poor and elderly are feeling the worst of these hikes.

“Carbon taxes are targeting the wrong people,” said Mr Curran. “Instead of putting more people at risk of fuel poverty, we should be going after the big polluters.

“Research we conducted as a party showed that 62% of local authority housing in Galway City is D energy rated or worse.

“A way to both reduce bills and lower residential emissions would be for the City Council to retrofit each of these homes.”

Curran said that on top of this, data centres are ‘eating into our electricity and water supply’.

“To cope with the extra power for these gas plants are proposed around the county in places like Gort and Tynagh. This completely contradicts the known science of climate change and the actions we need to take to reduce its impacts.”

People interested in attending can see the People Before Profit Galway social media pages or use the following link.