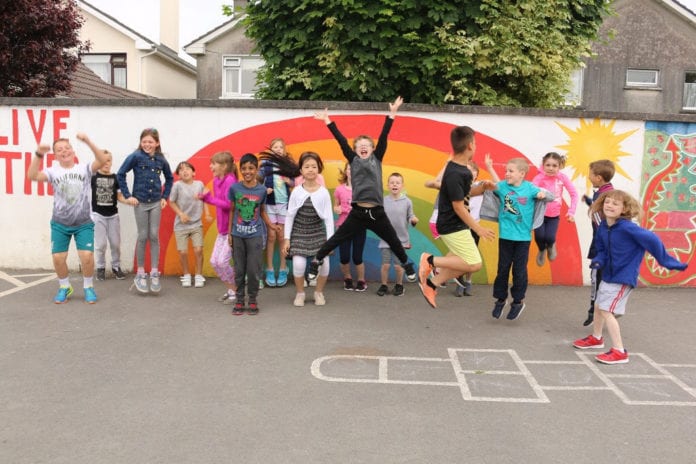 There is now less than two weeks left for parents to vote in a Department of Education poll to choose the patron of Galway’s new second-level school, due to open in 2019.

As the deadline draws closer, local parents have announced a meeting for 25 July at 8pm in Ballybane Community Resource Centre.

They’re urging other eligible parents to vote to ensure increased diversity in school options in the region.

Following successful public meetings in Oranmore and on the NUI Galway Campus, the group’s third meeting will allow parents on the East side of the city to learn about the Educate Together model, and what a second-level school might look like.

As with previous meetings, this meeting will provide information on the inclusive, student-centred, and democratic approach to learning offered by the organisation’s schools at second level.

“This competition offers an opportunity for us to diversify the options available to Galway families, and to open the first second-level Educate Together in the west of Ireland,” says GET2LS chair Roisin McManus, noting that by the end of the year Educate Together will be running 13 secondary schools nationwide.

“With parental preference a key element in deciding which organisation is granted patronage, it is vital that parents take the time to register their support for Educate Together.”

The GET2LS campaign has the support of local representatives from across the spectrum.

All TDs in Galway West and East have declared their support for the Educate Together campaign, along with many of the declared candidates for the next election.

The new school, due to open in 2019, is a ‘regional solution’ aimed primarily at the Galway city and Oranmore school planning areas, and is intended to meet the increasing demand for second-level education in Galway, with an anticipated enrolment of 1,000.

Educate Together is committed to including an Aonad (Irish-language stream) in the school if there is sufficient parental demand.

The location of the school will be decided at a later date by the Department.

The deadline for parents to vote in the online survey is 31st July. Further information, including a direct link to the survey, is available HERE.

Voting in the DES survey is open to parents of pupils who have recently completed 1st through 5th class (anticipated second-level entry of 2019 to 2023), who live in the Galway city and Oranmore areas.