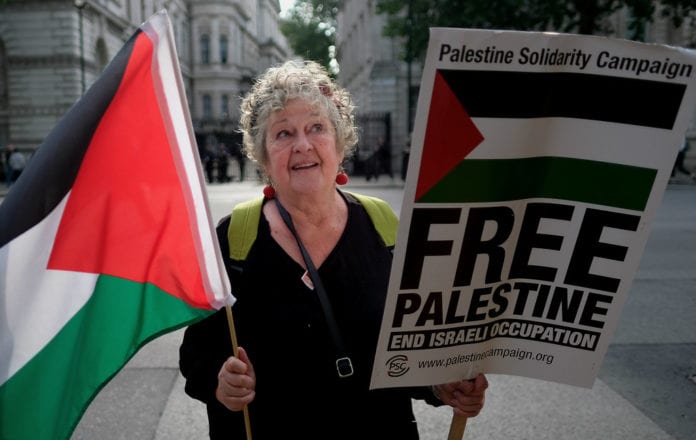 A demonstration in solidarity with the Palestinian people will be held this coming Sunday in Eyre Square at 2pm.

People Before Profit Galway are organising the event on September 6 after weeks of attacks on Gaza by Israeli forces.

Yesterday, Palestinian sources said an Israeli artillery shell was fired towards a field control point – but the Israeli fire brigade says balloon attacks from Gaza have been causing fires in the south of the jurisdiction.

Gaza, surrounded by Israeli territory on one side and the Mediterranean Sea on the other, is one of the poorest places on earth and conditions in Gaza have been deteriorating rapidly in recent weeks.

Its only power plant was forced to shut down on 18 August because of a lack of fuel. On top of this, Palestine recently announced their first cases of community spread of Covid-19.

UN Special Coordinator for the Middle East Peace Process Nickolay Mladenov recently described living conditions in the Strip as “unbearable” and added that electricity is down to three hours per day with hospitals barely functioning.

People Before Profit Galway spokesperson Adrian Curran said that the Irish people have always stood in solidarity with the Palestinian people and their struggle.

“They need international solidarity now more than ever,” he said. “We need to put pressure on our government to pass the Occupied Territories Bill, which would ban the import or sale of goods or services originating in occupied Palestinian territories.”

Adrian Curran said the bill passed a majority vote of the last Dáil but has been “undemocratically blocked by Fine Gael.”

“We also reiterate our support for the international Boycott, Divestment & Sanctions movement.

“We’re asking people to join us in Eyre Square to show solidarity with the Palestinian people and to bring attention to the atrocities Israel is carrying out.

“Bring flags, wear a mask and adhere to physical distancing.”