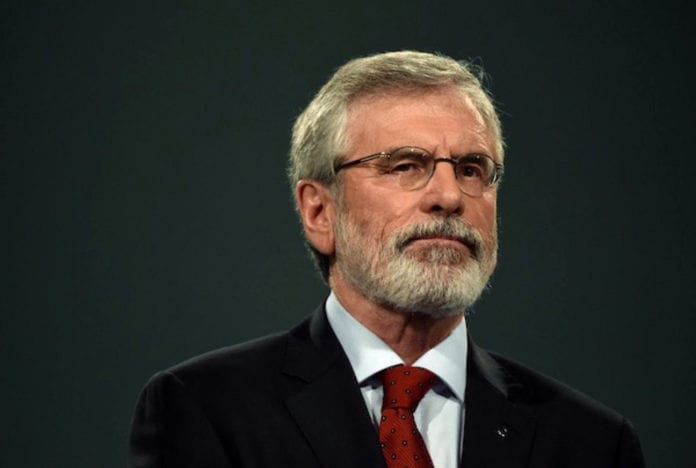 Galway City Councillor Mairéad Farrell has said she is outraged at the attacks on the homes of former Sinn Féin President Gerry Adams and Bobby Story late yesterday evening in West Belfast.

Nobody was injured in either of the attacks in which two explosive devices were thrown.

One of the devices caused damage to a car.

North Belfast MLA Gerry Kelly said that the attacks were ‘reprehensible and cowardly’  and that grandchildren were in the driveway of Gerry Adams’ home just minutes before the attack.

He said: “I would appeal for calm. These attacks are the desperate acts of increasingly desperate and irrelevant groups.”

The cowardly attacks came just hours after a protest in Derry against what Mary Lou McDonald described as a ‘sustained attack on this city and the people of this city’.

The PSNI said two explosive devices and 74 petrol bombs were fired at officers on Thursday night which was the sixth successive night of violence in the Bogside, mostly carried out by teenagers and some children not even in their teens.

Responding to the mindless violence by so-called republican dissidents, Sinn Féin President Mary Lou McDonald said: “The people of Derry have a proud history of standing up for what is right.

“It is the city of Martin McGuinness and John Hume.

“It is the city of Civil Rights and in such a place, sectarian attacks should not be aimed at anyone.

“And young people should not be exploited as cannon fodder to do the bidding of those with failed political and personal agendas.

All well here. No one hurt. Thanks 4 all the texts & phone calls. Thanks 2 all the great neighbours, the Neighbourhood Watch & Sinn Féin reps who were here very quickly.

Outraged to hear of the attacks on @GerryAdamsSF & Bobby Storey’s homes this evening. Two commited leaders of our struggle. pic.twitter.com/2E7zswCiuV

Disgusting, cowardly attacks on the family homes of Gerry Adams & Bobby Storey in West Belfast tonight. The perpetrators are irrelevant – they have nothing to offer our communities or Irish Republicanism, nor could they lace the boots of either of these legends.

Great to have @MaryLouMcDonald and @moneillsf in City today supporting us and calling for an end to the violence in the Bogside. Meetings held with activists, community sector, residents and attended rally tonight #NotInOurName .@sinnfeinireland pic.twitter.com/bQJA0AMnR3