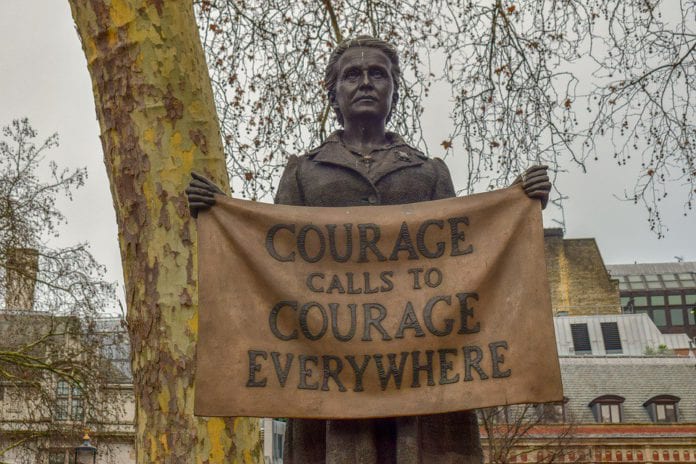 International Women’s Day dates back to 1910 when the International Socialist Women’s Conference named today as the day they’d protest. This time last year we filled Eyre Square and marched triumphantly up Shop Street knowing we were weeks away from repealing the 8th. A huge step forward for women’s rights in Ireland. Progression only marred by a lack of reproductive rights up North and a failure on the government’s part to legislate for exclusion zones down south – but the women who lead Repeal are still campaigning. Political turmoil in the 6 counties could give the pro-choice side a majority. A motion supporting legislating for exclusion zones has been passed by Sligo County Council, proposed by Councillor Gino Boyle of People Before Profit.

My name is Joe Loughnane and I’m running for People Before Profit in Galway City Central in the local elections. As a community activist rooted in progressive grassroots organisations, I can say with confidence that women outnumber men with regards to both membership and active participation. The Repeal referendum wasn’t won by politicians or political parties, it was won by women of all ages campaigning in their communities. On this International Women’s Day, I’d like to acknowledge those people. Whether it’s women living in the Eglinton in Salthill taking the reigns at anti-racism meetings or Margaretta D’Arcy reinvigorating the anti-war movement in her 80s – these women guide our movement and provide a political analysis that is too often shouted down.

I see my role in political life as rallying lads to support women in their struggles. The global MeToo movement has highlighted the enormous impact of sexual harassment on women’s lives. Bullying and sexual harassment is rife throughout Irish workplaces. Women are still paid, on average, 14% less than men. There is uncertainty as to what happens to the women and children who are turned away from domestic violence services due to lack of space, worsened by the homelessness crisis. These are all situations and struggles that require men to examine the ‘fake hardman’ persona we all adopt. It is clearly rich and powerful men that ultimately benefit from patriarchy and sexism but the rest of us must challenge the casualisation of sexist language and sexual harassment that is commonplace in our friend circles. Like when we won’t open up about what’s getting on in our heads; there’s nothing masculine or tough about objectifying women. I’m still making mistakes, this isn’t a competition to be the best feminist ally. It should be about a collective desire to rearrange society so that 50% of our population are no longer treated as second class citizens.

As someone who wants to be a Councillor and someone who would use his seat as a community voice for women’s struggles, I think there’s a few things that Galway City Council could do to start addressing some of the issues I’ve outlined above. We could follow Sligo in passing a motion supporting legislation for exclusion zones around clinics so pregnant people can access healthcare with dignity. Compulsory purchases orders could be used to acquire vacant properties to provide space for women who can’t access the refuge due to overcrowding. The City Council could call for free sanitary products for women to be provided at the homeless centres, in the Eglinton direct provision centre, in secondary schools in the city and in NUIG and GMIT. Proposals that would have popular support and that would start a meaningful conversation about the gaps in our public services that are failing women.