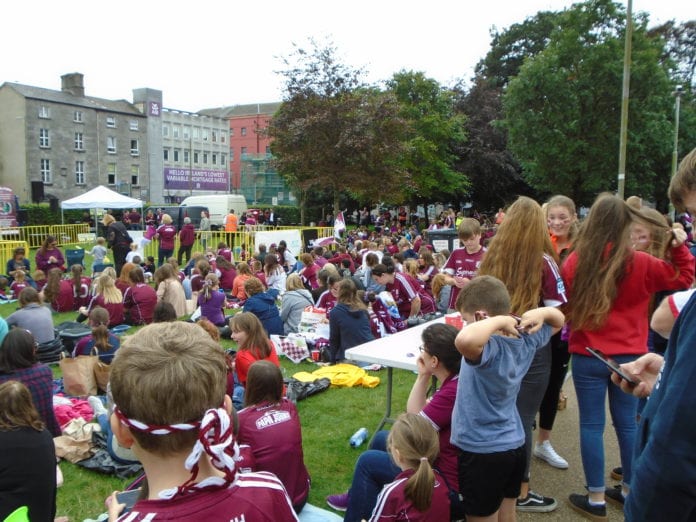 The crowds are ecstatic in Eyre Square this afternoon as the Galway minors have won back-to-back All-Ireland hurling titles, fending off challengers Kilkenny.

Donal O’Shea was the most prolific scorer of the day, bringing in ten points for Galway, approached only by Conor Kelly on the Killkenny side (0-07).

Kilkenny came out to a roaring start, putting away four points in the first five minutes of play.

Things were close at the half-time mark as the Tribesmen trailed by a single point, and Kilkenny pulled ahead with another when play resumed for a close lead.

But for the rest of the match Galway dominated the field, scoring 11 points versus Killkenny’s two.

Galway full back Shane Jennings was declared man of the match, part of that defence that kept Kilkenny at bay in the second half.

Limerick for their part are feeling thirsty after a 45 year drought that’s included six shots at the crown.

The crowds are out and still growing by the minute as more people who couldn’t make it to Croke Park fill Eyre Square to watch the final on the Big Screen.

Everyone’s pumped up from the great showing from the Galway minors, hopeful for another double victory, and practicing a fierce roar of Gaillimh Abú.