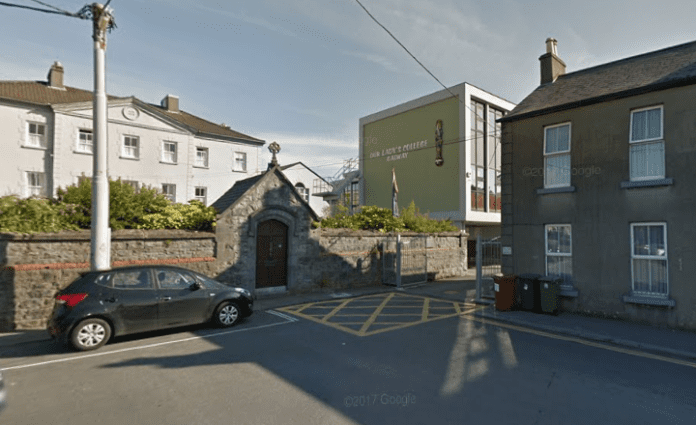 Our Lady’s College Galway on Presentation road in the city has been given permission for a new three-storey school building and other renovations.

With its current facilities Our Lady’s College is educating 363 students, but when the new building is completed it’s expected that the secondary school will be able to take in 420 students.

The expansion will also likely see the number of staff employed at the school increase from 39 at present to approximately 50 as enrollment increases.

Plans for the expansion were first submitted to the city council in December of last year CEIST ltd, a trustee body for 107 Voluntary Catholic Secondary Schools in Ireland.

The new building will replace, and expand on, temporary classroom units being used in the school.

Before any construction can begin the demolition of two single storey prefab buildings, a bike shelter canopy, and a shed that are already on the site will take place.

The plans also call for alterations to the school’s access points, including adding two pedestrians gates at the northern and southern areas of the college, and the existing gate for cars at the northern end will be widened.

Parking spaces within the area where works are being carried out will be removed, while new spaces will be added at the south western end of the expansion.

A set-down bay/drop off point is also proposed to be included at the southern end of the expansion.

Care must also be taken when works are carried out not to damage the old stone, garden wall near the south entrance and the Gibbsean Door in it.

Our Lady’s College Galway was founded in 2016 as a merger of Presentation College and Meanscoil Mhuire Newtownsmith.

The proposed redevelopment is part of a plan to consolidate onto a single site of the former Presentation College.

Permission was granted by the city council for the demolition and construction works to go ahead with 12 conditions attached.