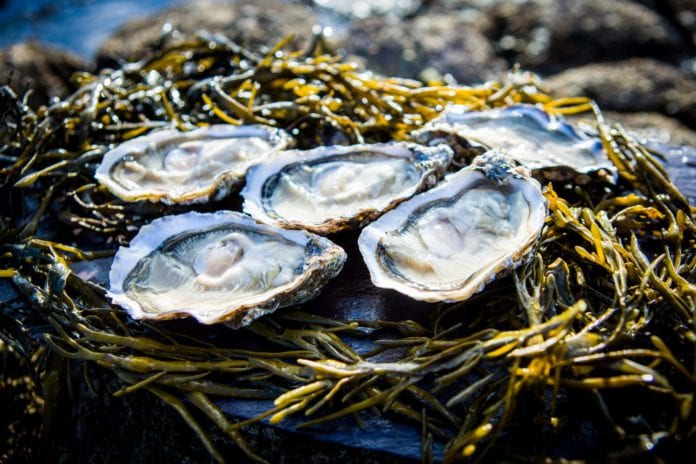 Seafood and marine industry leaders will gather at the fifth annual “Our Ocean Wealth” Summit in a purpose-built marquee at Galway Docks, on June 28 and 29 to discuss the actions Irish companies will need to take to be ready for practical issues such as customs, trade, market access, supply chain and logistics.

The Summit packs an agenda that includes an in-depth discussion on Ireland’s seafood sector and the impact of Brexit, smart shipping, sea and airfreight and logistics for the fishing sector, an interactive session on marine renewables, as well as insights and thought leadership on climate change.

Also included within the Summit programme will be a Marine Ireland Trade Show, where over 60 companies and organisations in the sector will showcase their innovative marine products and services.

The two-day event, which is sponsored by PwC, has attracted high level sector speakers from across the globe which include Blue Planet Producer Orla Doherty, U.S astronaut and Oceanographer Kathryn Sullivan and Claire Jolly, Head of Ocean Economy at the OECD.

Former President, Mary Robinson will be the keynote speaker in her capacity as the Climate Justice Foundation CEO and also on hand will be valuable inputs from Enterprise Ireland, Bord Iascaigh Mhara (BIM), the Marine Institute, Science Foundation Ireland (SFI) and Sustainable Energy Authority Ireland (SEAI) amongst others.

Jim O’Toole, BIM’s Chief Executive says seafood companies know they will have to face new obstacles, regardless of hard or soft Brexit outcomes. Nonetheless, he remains optimistic they will surmount those challenges.

With regard to the obstacles, Jim said: “Irish seafood companies have always had to battle it out in competitive export markets, confronting challenges on a daily basis. For their relative size, they’ve managed to perform remarkably well in global markets”.

Global demand for seafood is soaring, driven by growing awareness of its health benefits. Fish represents 16% of all animal protein consumed globally, and the world’s population is set to surpass nine billion by 2050.

Irish seafood does reach diverse markets, but a lot of that outgoing product passes through the UK in refrigerated trucks.

“We are working with companies and looking at their alternatives and possible solutions,” said Jim O’Toole.

John O’Loughlin, PwC director for trade and customs, will be a speaker one of the discussion panels in Galway. He says Irish exporters are right to hope for the ‘backstop’ arrangement wherein regulatory alignment within the island of Ireland would minimise the post-Brexit pain.

With regard to the challenge of Brexit, John said: “Most Irish SME owners have been to seminars on Brexit, they’re following the information, but few of them are actioning the mitigation measures. A lot of Irish SMEs are still asking themselves if Brexit will be reversed, or they’re hoping for a soft Brexit”

He went on to say: “There remains a real risk of a hard Brexit, because there are still so many red lines. The transition has to be agreed, then ratified by both sides. Management teams will certainly have to make some tough decisions.”

For details about the event, visit  www.ouroceanwealth.ie/oow-summit