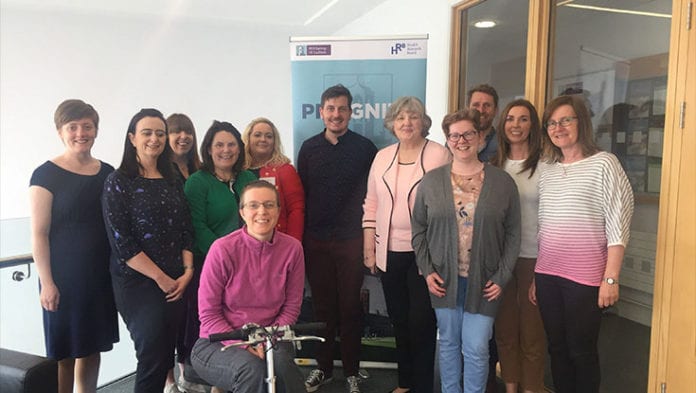 NUIG has formed partnerships with multiple local community organisations in Galway to put the patient’s perspective at the forefront of healthcare research.

Community Engaged Scholars Programme at NUIG aims to promote principles of Public and Patient Involvement as part of PPI Ignite which has been underway for at NUIG for some time.

Best summarised by the slogan Nothing about us, without us, PPI means that the voice of the public or patient guides and influences all stages of research.

It holds that those likely to benefit from new treatments or services arising from research are involved in the decision-making that leads to their development.

The three partnerships will complete an intensive training programme over the coming months, a mixture of face-to-face workshops and online learning.

Each partnership will then co-design and co-produce research addressing an agreed research question that is of interest to both the community and the researchers, before sharing their results with the public.

One group is focused on Chronic Fatigue Syndome (CFS), with the Irish CFS Association represented by Orla Ní Chomhraí and Tom Kindlon.

They are partnering with health economist Dr John Cullinan who is already working with EU colleagues in the area of CFS.

“For far too long the voices and experiences of Irish CFS patients have been missing from research and policy,” Dr Cullinan said.

While Orla Ní Chomhraí added said this partnership is about putting the patient’s perspective “front and centre in developing evidence that helps improve the lives of those living with ME.”

Dr Ruth McMenamin, a lecturer in speech and language therapy at NUIG will be working with the Irish Heart Foundation on an aphasia awareness project.

Aphasia is an acquired language disorder experienced by up to one-third of the stroke population.

Dr McMenamin has many years experience on working with people who have aphasia and she will work with Martina Greene of the IHF and the Ballinasloe Stroke Support group are partnering with Ruth on the CES-P programme.

“People living with aphasia are one of the most marginalised groups in our communities,” Dr McMenamin said.

“Our goal is to work with people living with stroke and aphasia to promote inclusion through a targeted national aphasia awareness campaign.

She concluded by saying that they want to make Ireland an “aphasia friendly country”.

The final community partnership is between Croí, Galway’s Heart and Stroke Charity, and a group of health psychologists, led by Dr Oonagh Meade from NUIG.

They are looking at the potential of delivering cardiac rehabilitation programmes online rather than face to face.

Irene Gibson from Croí said that this programme gives people with cardiovascular disease the chance to have “their voice heard and be actively engaged in driving areas of research that are vital to them.”

“As a heart and stoke charity our work is driven by the needs of the communities we serve and therefore being part of this initiative is a perfect fit.”

“We believe that by adopting this participatory approach to research there is a real potential to influence policy and change how we deliver prevention in Ireland for the better.”