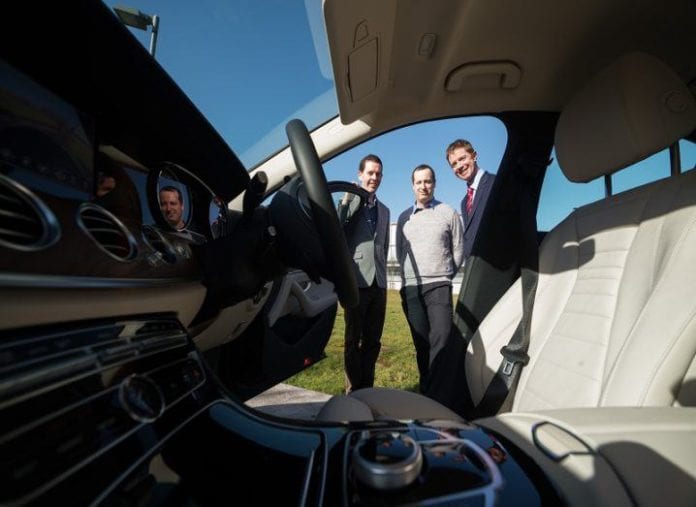 Researchers from the Lero SFI Research Centre at NUI Galway have signed an autonomous vehicles Research and Development partnership with Valeo, the major automotive supplier headquartered in Paris.

Funding for the programme comes from Science Foundation Ireland (SFI) and Valeo.

A team of up to 30 Lero NUI Galway and Valeo engineers based in Tuam, Ireland, will work on the project.

In support of the programme, Lero NUI Galway is hiring ten PhD and two post-doctoral researchers.

Valeo, which employs 1,100 people in Tuam, operates the largest Research and Development team in the West of Ireland with over 400 engineers.

The project team at Lero, the Irish Software Research Centre, supported by Science Foundation Ireland, will be headed by Dr Martin Glavin and Dr Edward Jones of the College of Engineering and Informatics at NUI Galway.

Dr Edward Jones from NUI Galway, said: “In many ways perception of the current state of autonomous vehicle technology is more advanced than reality. While autonomous vehicles are currently operating successfully in several locations, particularly in the US, this is often under road landscape and weather conditions very different to the more complex city and rural environments that would commonly be found in locations such as Ireland or elsewhere in Europe.”