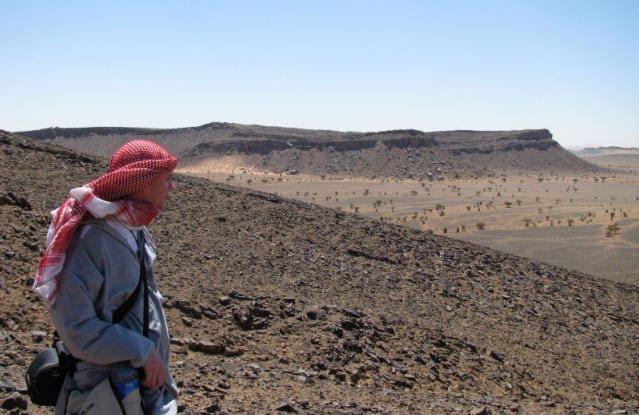 A group of researchers from NUI Galway have shed new light on a question that plagued Charles Darwin, when did animal life first appear on earth and why are there no fossils of it?

According to newly published research, there could have been animal life on earth for hundreds of millions of years before they began showing up as fossils.

In his masterpiece on the evolution of life The Origin of Species, Darwin had some difficulty in explaining why complex animal life of many varieties sprung up around half a billion years ago.

The problem with the understanding is that Darwin could only make observations based on fossil records.

He was left saying that, for reasons unknown to him, the earliest animal life on the planet was not present in the fossil record.

This would later go on to be called ‘Darwin’s Dilema’.

This international research team led by NUIG’s School of Natural Sciences have proven for the first time that the oldest and most primitive animals on the planet would not have had body tissue capable of being fossilised.

Dr John Murray who supervised the project said these findings confirm suspicions that scientists have long had, but never been able to prove.

“Namely, that the earliest animal ancestors most likely evolved during a protracted and cryptic time interval, long before more advanced creatures began to become preserved as fossils.”

“Our work provides the extra time which Charles Darwin needed to account for the early stages of the evolution of animals and it solves a seemingly intractable problem which greatly troubled him when he was writing arguably one of the most important books in science.”

The team investigated fossils of bizarre disc-shaped creatures called ‘eldonids’, which were collected from the edge of the Sahara Desert in Morocco.

Their anatomy and preservation was carefully examined in NUI Galway and in labs in the United States.

Cutting-edge geochemical techniques were used to reveal precisely how different parts of these unusual soft-bodied animals had become fossilised.

Dr Breandán MacGabhann, who shares a birthday with Dr Darwin, says that the majority of early marine life was soft-bodied animals like jellyfish and worms that would leave no shells or bones to become fossils.

“The oldest animal fossils are just impressions left behind by soft-bodied creatures on the seafloor,” he said.

“We have never known how well these fossils represent these very early animal communities, largely because these creatures were quite different from modern animals, but also due to the fact that we didn’t understand precisely how they came to be preserved as fossils.”

Finding these particular fossils in the Sahara was a eureka moment for them, “We immediately realised that, for the first time, we had known animals preserved in precisely the same way as most of the oldest animal fossils,” said Dr. MacGabhann.

Over a tonne of fossil bearing rocks were shipped from Morocco to Galway for the team to pour over.

The used techniques from soil science, microbiology, and experimental sciences to prove that these fossils only preserved parts of an animal that would have originally been substances like chitin or collagen.

“These body materials are not really present in most primitive animals, like sponges, jellyfish, and sea anemones, which of course would have been amongst the first animals to evolve,” Dr MacGabhann concluded.

The full study has been published in the journal Palaeogeography, Palaeoclimatology, Palaeoecology.