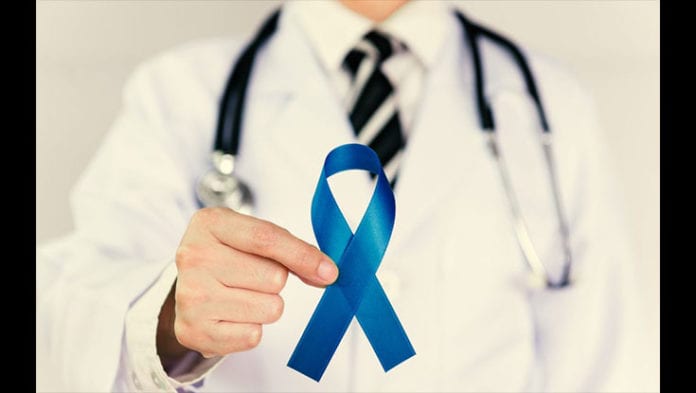 Researchers at NUI Galway have found a new way to tackle colon cancer by making it more vulnerable to the immune system.

The study focuses on the function of normal cells, called stromal cells, in tumours and targeting them with immunotherapy.

Tumours can produce a protein called PD-L1 that essentially hides them from the immune system.

But this study by NUI Galway has found stromal cells within the tumour also produce this protein, even more so than the tumour itself.

This severely compromises the ability of the immune system to attack cancer.

In a healthy body, this protein plays an important role in making sure our immune system doesn’t attack healthy cells.

But those same stromal cells can essentially switch off the immune system’s attack mechanisms before they ever reach cancer cells.

Dr Aideen Ryan, Lead author of the study, said this study showed that doctors need to broaden their view when treating colon cancer.

“Until now, if we wanted to know whether a colon cancer patient was likely to respond to immunotherapy, we would look at their tumour cells.”

“This study has shown us that instead of just looking at the tumour cells we need to look at the environment surrounding the tumour as well.”

Colon cancer is is one of the most common cancers affecting men and women in Ireland.

Current treatments for colon cancer involve a mixture of chemotherapy, radiotherapy, and surgery, but their effectiveness on late stages of the disease are disappointing.

It has the potential to better treat cancers that are resistant to traditional therapies, with fewer potential side effects.

With the knowledge from this study the researchers found that blocking the cloaking signal from the PD-L1 protein increased the number of cancer targeting T-cells produced.

On top of that, in pre-clinical models it was found that the therapy reversed the ability of tumours to grow and metastisize.

The significance of these findings is that currently patients are only chosen for immunotherapy based on if their tumours produce the cloaking protein.

Dr. Robert O’Connor, Head of Reseach at the Irish Cancer Society said: “This important study illustrates the extent of cutting-edge cancer research being undertaken by hugely talented scientists across Ireland.”

“The findings by Dr Ryan and her colleagues are significant because they may point the way to much needed new applications of immune-based treatments for bowel and possibly other forms of cancer.”

He said that more investment is needed in research that could take many years if we’re to create further advancements in treating cancer.