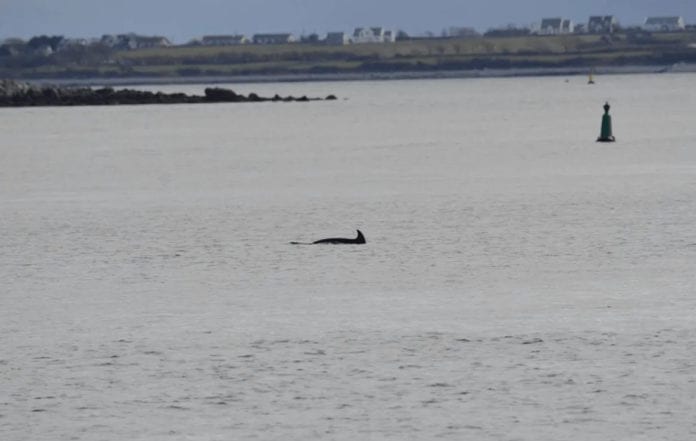 The beaches and waters of Galway Bay in the city might have emptied of humans, but Nimmo the dolphin has taken advantage of the extra space to make his return in recent days.

A local woman recently spotted the bottlenose dolphin, who has been returning to Galway for six years running now after first being spotted in 2015, and uploaded pictures of him having the craic in the bay.

Ocean Research and Conservation Ireland said that there was a confirmed sighting of Nimmo on April 1 off the pier he is named for, the second this year.

He was spotted by local resident Kristina Steinmetz around 2:30pm, who gave a “detailed and validated” report to ORC Ireland through their Observers app.

According to the report Nimmo stayed in the area for just over half an hour, spending his time swimming in circles, chasing fish, or just chilling.

Though dolphins are usually social animals who travel in pods, Nimmo has been a regular solo visitor to Galway Bay for years now, and has become something of a local celebrity.

Kristina told ORC that she has been observing Nimmo on almost a daily basis for the last couple of weeks in March.

Of the spotting, a spokesperson for ORC said that “it’s about time we received some positive news”, after multiple reports made through the Observers app of dead, stranded animals in recent weeks.

“This city visitor is much loved by the local community and Nimmo’s visits provide a wonderful opportunity for families and students to get out and engage in citizen science and report their observations of what Nimmo is doing”.