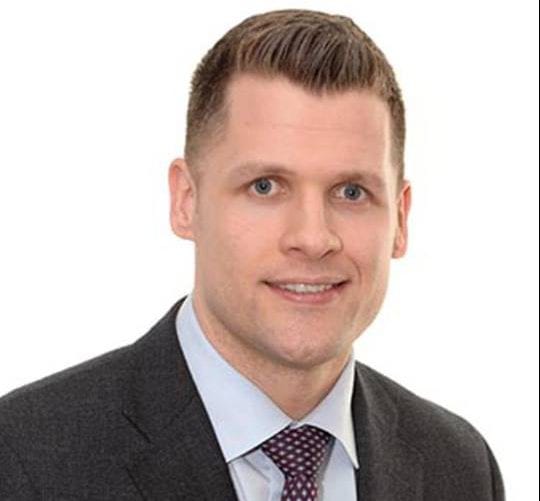 Galway Daily caught up with Fine Gael Councillor Eddie Hoare who has just been elected to Galway City Council.

This was the highest first preference vote that a Fine Gael candidate obtained in Galway City.

A strong election performance under any circumstances, made all the more notable considering it was his first time running for office.

He was elected to the Council alongside fellow Fine Gael candidate Frank Fahy.

Speaking to Galway Daily, Eddie Hoare outlined his plan to find his feet over the next year and learn the formalities of the Council.

He promised to be a big presence on the ground locally within the community intending to meet constituents over a variety of issues.

Part of this will involve meeting as many people as possible through hard graft over the next 5 years he said, adding that its important to not just be active six months before the next election.

He informed Galway Daily that while canvassing for these elections he came across different issues on the doorsteps and has every intention to work hard to resolve these matters.

When asked about voting pacts on the Council, Eddie stated that “pacts or no pacts I’m elected to work for the people of Galway City Council“.

The Councillor highlighted his wish to work together with all of the elected Councillors with the purpose of including everyone’s input.

The St Michaels man emphasized the importance sport and recreation play in maintaining a sense of community.

He said that it’s important that adequate sporting and recreational facilities are made available due to the important role they play in the development of children and young adults.

Eddie wants to continue to promote sport at club level along with fighting for community investment. This will enable “structures to be put in place to ensure more and more young people get involved in sport and recreation”.

He referenced his childhood growing up in Newcastle to describe the social deprivation which effects the area. He laid a proportion of the blame on the lack of adequate facilities declaring “there isn’t even a place to get a coffee”.

The Newcastle native said he wants to see a community centre be provided for the area, and pointed to the fact that there are “6000 or so residents and no community centre”.

The Fine Gael Councillor has a busy summer coming up where he will be playing with the St. Michaels senior team while coaching the under 14 side for the féile.

Coaching the St Michaels team is important to the young Councillor when it comes to having an active involvement in the community.

Eddie Hoare rounded off his interview with Galway Daily by promising to work hard to reward the people who elected him.

He gave a massive thanks to his family, friends, Fine Gael and his canvass team.

He thanked Padraig Conneely and Brian Walsh who have been a “big help” to him.

The Councillor finished by saying he relishes the chance to be a fresh new voice for the people of Galway City Central while making sure his voice is clearly heard.