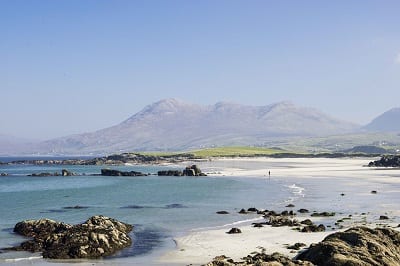 Fáilte Ireland is launching a new grant scheme to bring more tourists to the Connemara Coast and Aran Islands.

The New Horizons Capital Grant Scheme will provide funding of up to €200,000 to projects which promote the growth of tourism along the Connemara coast and Aran islands.

“We are delighted to announce the New Horizons on the Wild Atlantic Way 2018 Grants Scheme for the Connemara Coast and Aran Islands which will assist new and operating visitor attractions to develop the stand-out experiences,

“This funding will help local tourism businesses encourage visitors to engage with the true essence and story of the area and, crucially, drive visitor numbers to lesser known areas and attractions.”

Fáilte is now accepting grant applications from tourism businesses on the Connemara Coast and Aran Islands who want to improve their visitor experience.

Two workshops will be held in Galway on Monday, May 21 to help people who wish to apply.

The first workshop will take place at Ostan Oileain Arainn on Inis Mór at 2pm and the second will be at An Cruiscin Lan Hotel in Spiddal at 7pm.

Earlier this year a development plan for the Connemara Coast and Aran Islands was drawn up by Fáilte Ireland in consultation with key stakeholders and businesses in the tourism sector.

The New Horizons grants will provide funding to projects which implement that plan, which Ms. Kennedy says is part of a larger investment in the region.

“Fáilte Ireland’s vision for the Wild Atlantic Way is to deliver sustainable growth to all areas of the West Coast which will deliver real benefits for local communities and businesses.”