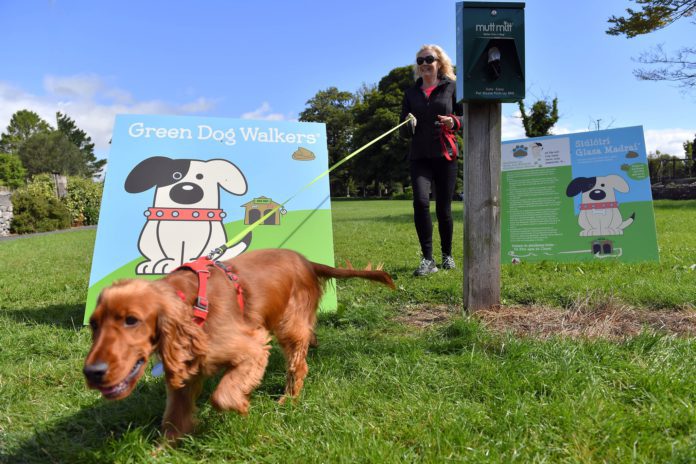 The ‘Green Dog Walkers’ scheme aims to emphasise that dog fouling is the responsibility of the dog owner/walker and that they must clean up after their dog.

Dog owners and dog walkers in Co. Galway are invited to register for the scheme, and they will receive a complimentary high-viz vest and a ‘doggie bone’ poop-bag dispenser with a roll of bags.

The scheme was launched by Cathaoirleach of Galway County Council Moegie Maher last week, along with Cllr Shelley Herterich Quinn, who both signed up.

The Green Dog Walkers scheme is a positive, pro-active, non -confrontational, friendly way to change attitudes about dog fouling, which has already been rolled out in other parts of the country.

By signing up to the scheme you have ‘Taken the Pledge’ to always clean up after your dog, to carry extra doggie bags and to gladly give others a bag for their dog if they ask for one.

Interactive application forms for the scheme can be found online, and emailed to environment@galwaycoco.ie or downloaded here and posted to the council environment section at County Hall.