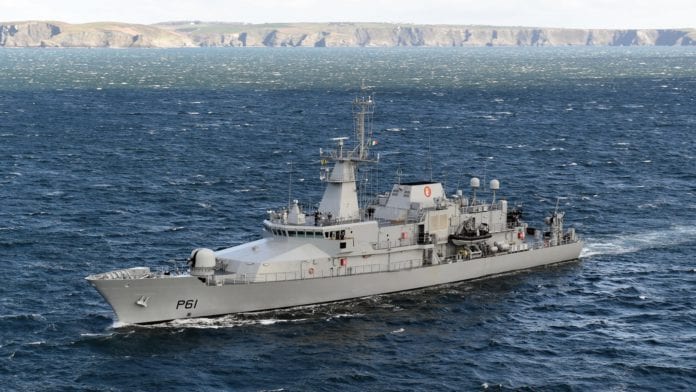 The Irish Naval Service patrol ship the LÉ Samuel Beckett will be open for public tours when it is docked in Galway this weekend.

The LÉ Samuel Beckett is one of four new patrol vessels build for the Irish Naval Service in the past five years.

Ships in the Irish navy carry out patrols of Irish waters to combat illegal fishing and smuggling, as well as taking part in humanitarian missions to rescue migrants at sea in the Mediterranean.

The Defences Forces as a whole have seen a crisis in recruitment and retention lately as pay levels have become insufficient for members to live on.