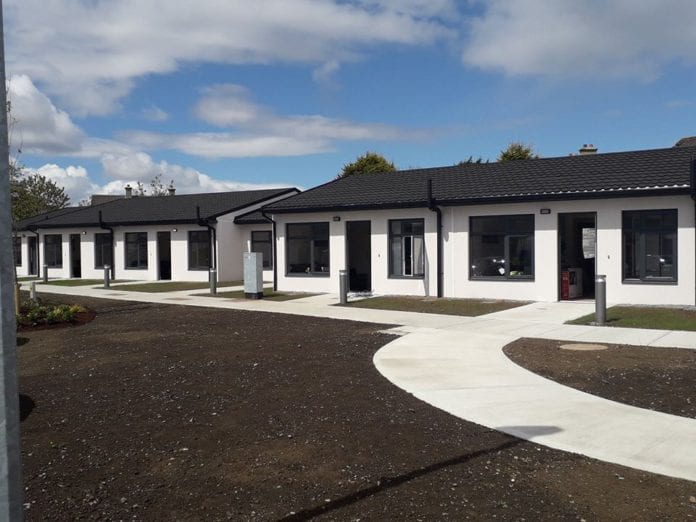 Construction has been completed on a modular housing project in the Westside area of Galway City which aims to take homeless families out of private emergency accommodation.

The council owned emergency consists of 15 family units along with office space, meeting areas, and staff facilities, meant to take families currently stuck in hotels, b&b’s, and other emergency accommodation.

The site will be managed by the Peter McVerry Trust, who are finalising the fit out of the two and three bedroom units now.

Once that process is complete they will be able to start taking in families in Galway who have been stuck in homelessness.

This is the first initiative of its kind in the country, a spokesperson for Galway City Council said, which aims to support families transitioning into more long term housing.

It’s expected that families will stay here for periods of three to six months before hopefully moving to a more stable home.

The project was first approved in January of last year when Chief Executive of the city council Brendan McGrath used emergency powers to give it the go ahead.

When the project was presented to the city council a few days after this, McGrath said that he had used these powers to approve it in order to avoid objections which would have slowed its delivery.

The housing has been built on council owned land behind westside library, and has an intended lifespan of no more than five years while the council builds more social housing.