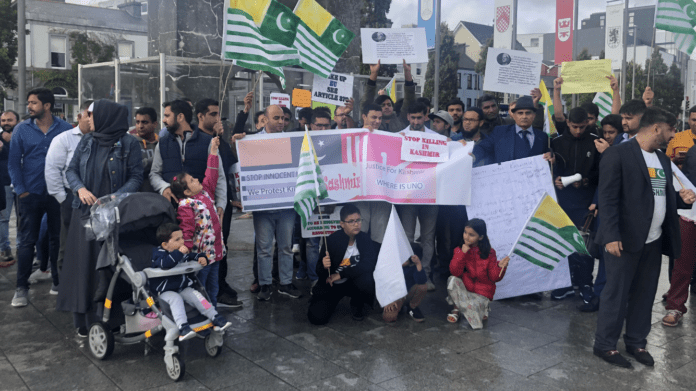 This week, members of the Galway Pakastani Community gathered in Eyre Square to protest against the ongoing Kashmir crisis, with loud chants of ‘Modi terrorist’ about the Indian Prime Minister. 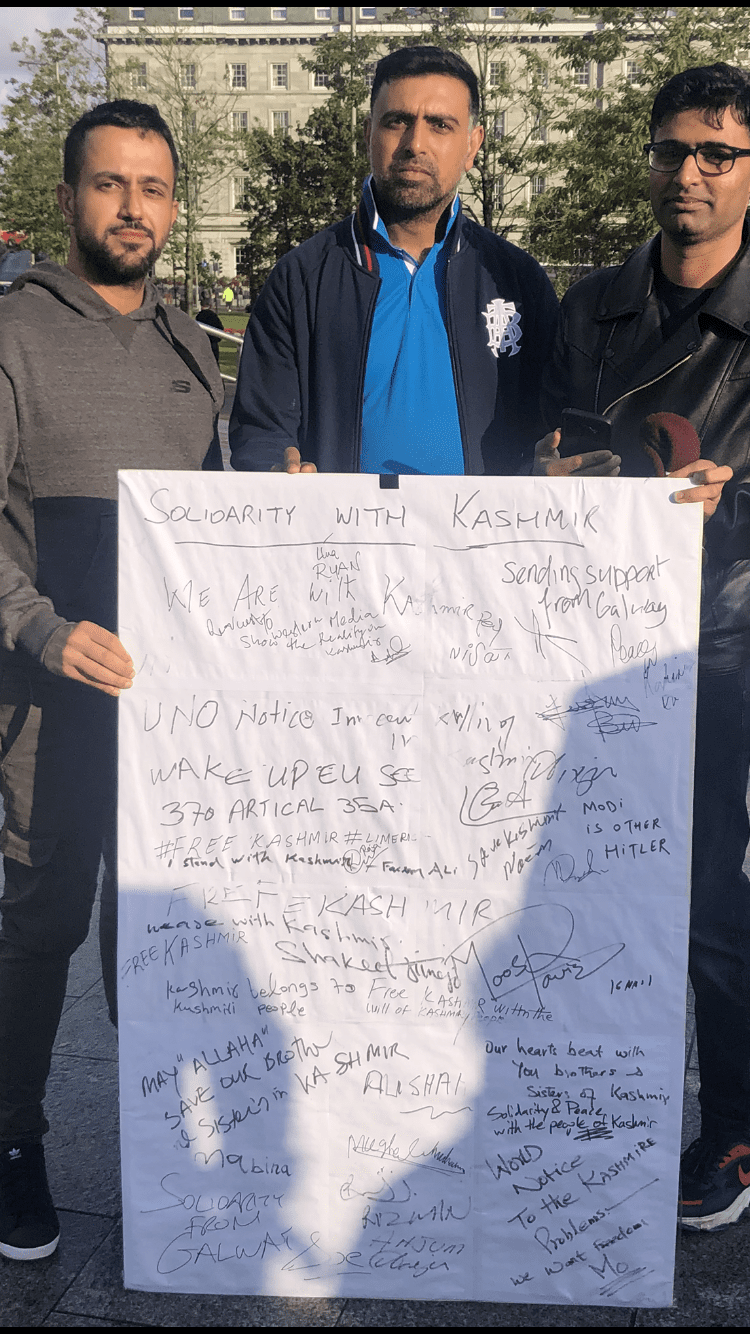 The solidarity vigil with the people of Kashmir was organized with the help of Joe Loughnane from the Galway Anti Racism Network.

Kashmir is a predominantly Muslim semi-autonomous state in the Himalayan region that has been the subject of a long running dispute between India and Pakistan.

Over the last month, India has been accused of breaching international law and committing human rights abuses against the Kashmiri people.

These allegations come after the Indian government, led by Prime Minister Narendra Modi and the Hindu nationalist Bharatiya Janata Party recently made the decision to abolish Kashmir’s semi-autonomous status placing it under direct military control.

Since being placed under military control, additional Indian troops have been deployed in the region.

This has led to the closure of schools and colleges, exodus of tourists, arrests of journalists and political leaders while telephone and internet services have been suspended.

It has been difficult for news about the exact circumstances on the ground in Kashmir to get out, as the Indian government has imposed a communications blackout in the region.

In response to these developments, a solidarity vigil for the Kashmiri people was organised in Galway City. 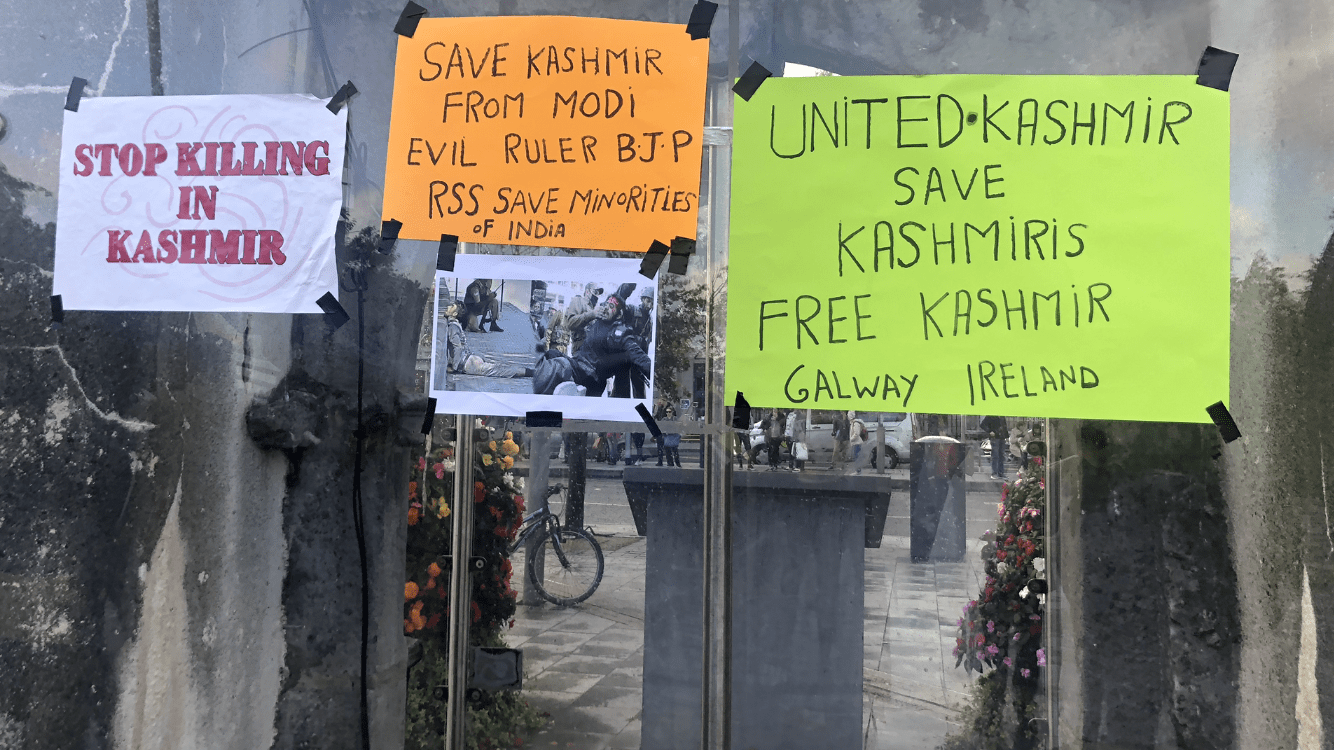 Chants rang out from Eyre Square labeling the Indian Prime Minister, Marendra Modri as a terrorist while the crowd simultaneously screamed out for freedom of the Kashmiri people.

Many of those at the protest came from Kashmir and currently have family in the region who they have not heard from for over two weeks.

Speaking to Galway Daily, Raja Kashmiri informed us that he hasn’t been able to contact his family in over two weeks. It’s gotten to the point where now seriously fears for his brother and sister’s safety.

His brother works on the border between Kashmir and India and up recently he could only keep in contact with his brother over the phone.

Fellow protester, Abdul Isna informed us that he hasn’t heard from his mother, father or grandmother in over 15 days and has “no idea” how they are.

He compared Kashmir to an “open air prison with 8 million people”. 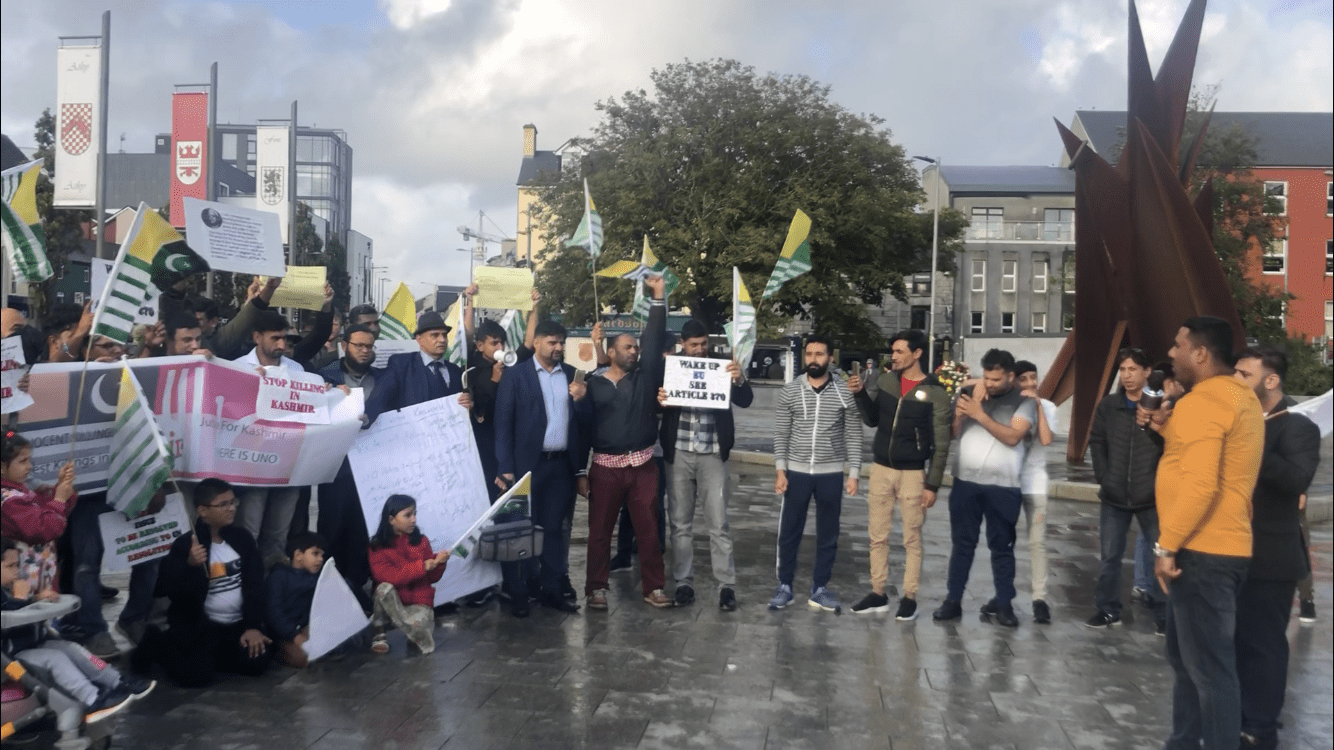 This all the more alarming due to the fact his grandmother is currently suffering from pneumonia in the midst of reports that hospitals in the region are running out of medicine.

Abdul has been so consumed with worry for his family that he has barely been able to eat over the last two weeks.

He added that he couldn’t even celebrate Eid on August 10 due to the fact he was unable to contact anyone back home.

The solidarity vigil set out to raise awareness of the ongoing situation in Kashmir which sees relations between Pakistan and India, two nuclear powers, reach a new low point.

Many at the protest called for a referendum on Kashmiri independence as matter of urgency.

The protesters screamed out for justice and freedom for the Kashmiri people while referring to the current Indian Government as the “Hindu KKK”.