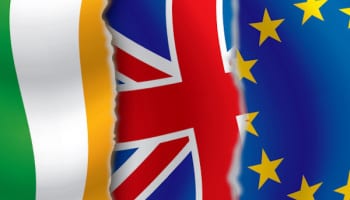 Galway West TD Mairéad Farrell has called on Minister Michael McGrath to outline how he plans to allocate the €1.05 billion that Ireland will receive as part of the Brexit Adjustment Fund.

The money is being allocated to countries and sectors worst-hit by Brexit, and the Government has identified their key target areas which include fisheries, enterprise supports, agri-food sector supports and retraining.

Deputy Farrell welcomed the fact that Ireland is set to receive the most sizeable amount from the €5.3 billion fund.

She also welcomed Minister Donohue saying that we are now much closer to seeing the funds disbursed in 2021.

But the Sinn Féin TD said that we are ‘still in the dark’ as to how the government plans to allocate this money.

“In January, Minister McGrath stated that ‘in the coming weeks’ he would ‘set out how we will maximise the benefit of the BAR for Ireland’, but we are still awaiting his plans,” said Deputy Farrell.

“Last week, he said that the money would go to support employment, businesses and local communities negatively affected by Brexit, including in the fishing industry. But no specifics were provided. There is no doubt that these are deserving sectors.

“With the Dáil set to go on recess shortly, the Minister should outline his plans before then, in order to give these hard-pressed sectors some certainty as they try to deal with the fallout of Brexit.”