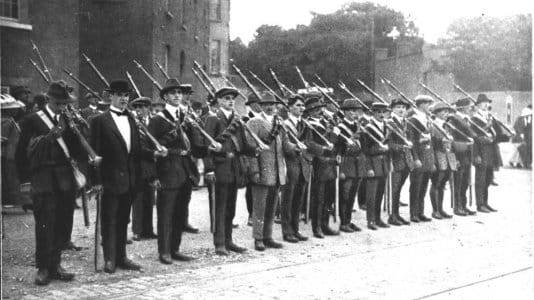 Mayor Cubbard said that a commemoration should be a celebration of a person or event in history, but that history shows the RIC were often the “strong hand of the British state” who opposed independence.

“As someone very proud of those who fought for that very freedom over 100 years ago, I think it would be disingenuous and hypocritical of me to attend this event that commemorates those who raided and torched homes, killed and tortured Irish people and throughout the 1800s used battering rams to evict Irish people from their homes.”

“It would be more in line for the Government to put their efforts into supporting our current defence forces who are underpaid and operate in terrible conditions,” Mike Cubbard said.

Mayor Cubbard, who is an independent, joins the Fianna Fáil Mayor of Clare Cathal Crowe who said that he will boycott the event, describing it as “historical revisionism gone too far”.

The commemoration service will take place on January 17 at Dublin in memory of those who served in the RIC and Dublin Metropolitan Police prior to Ireland’s independence.

The event will be addressed by Minister for Justice Charlie Flanagan, as well as Garda Commissioner Drew Harris.