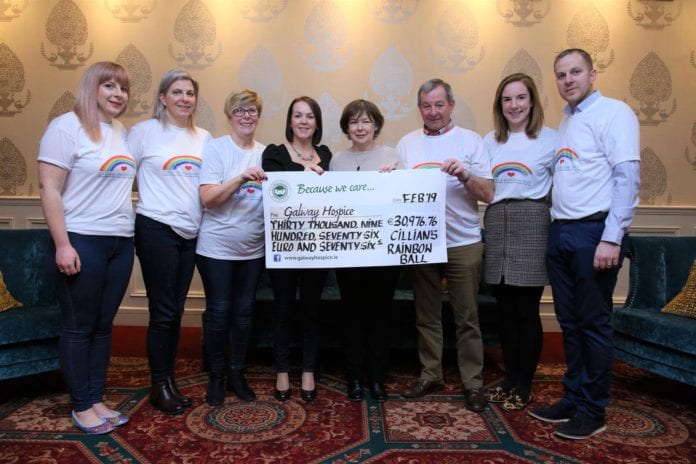 Cillian’s Rainbow Ball raised over €30,000 for Galway Hospice at the annual event in memory of young Cillian Cooney.

The hospice offered their sincere thanks to the Cillian’s family and everyone involved in making this happen in a facebook post today.

The memorial ball drew huge support from the community without individuals and companies all making a huge effort to pitch in.

Mike Shaughs Photographer and Johnny Greaney of Greaney Coaches Cloonboo donated their proceeds from the night, contributing €700 between them.

The Declan Regan Memorial added to its usual fundraising for Cancer Care West by raising an additional €1,000 for this event, Corofin AC pitched in another €680, and the people of McSharry’s Pharmacy in Terryland, Westside and Knocknacarra raised €1563.26.

These are just a few of the generous souls who contributed to these two worthy causes on the night.