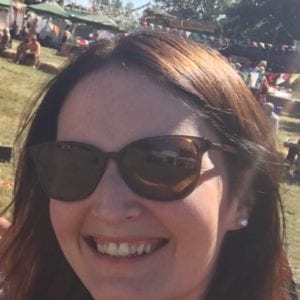 Louise Judge from Ahascragh has been appointed the Deputy Principal of the new Educate Together Secondary School in Galway city opening in September.

Louise is coming back to Galway to teach at the Educate Together secondary school after working as Deputy Principal of S. Kevin’s College co-educational school in Crumlin.

The Ahascragh native began her teaching career in 2011 after previously working in retail.

A graduate of NUIG, Louise first taught Geography, Business and Maths in two large secondary schools in the UK before returning to Ireland and taking up a post at St. Kevin’s under the patronage of CDETB.

“I am so excited to be returning to my home county and joining an already strong Galway team,” said Louise of her new position.

“I am looking forward to working with parents, students and colleagues to establish an innovative school where all students can develop and where all types of achievements are celebrated”.

The Department of Education is still looking for a site for the new secondary school, which is scheduled to open in time for the school year starting next September.

When completed its intended that the school will be able to cater for 1,000 pupils in Galway.

Sarah Molloy, who was announced as the school’s principal in January said that she was delighted to welcome Louise to the growing team at Galway ETSS.

“She brings a wealth of experience, energy and enthusiasm which I know will impact greatly on the development of our new learning community.”

Galway ETSS is currently recruiting teachers for the upcoming school year across a wide range of subjects.

Anyone interested in a position can apply online at www.galwayetss.ie.