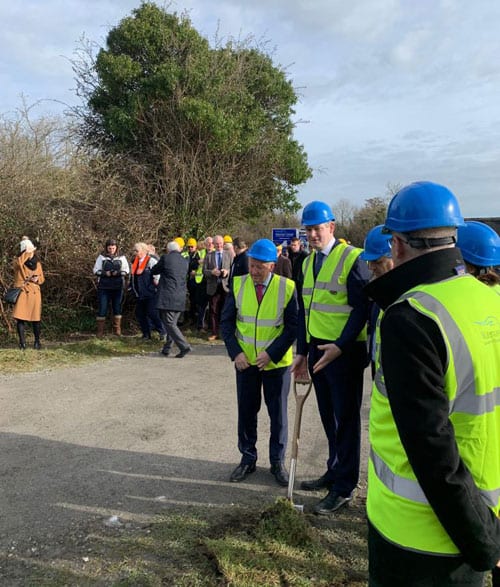 The sod was turned this week on a €3 million project to refurbish Meelick Weir across the Shannon.

The project will cost approximately €3 million to complete and its hoped the weir will be an excellent tourist amenity for the communities at Meelick and Eyrecourt.

It was originally built in the late 18th century as part of the Shannon Navigation.

It runs for 300m across the Shannon and was used to regulate the navigation level of the river between Athlone and Meelick.

Once providing a pedestrian connection between Meelick in Galway and Lusmagh in Offaly, it has been closed since 2015 after taking damage in multiple storms.

Restoring the weir will involve replacing the main walkway and the tilting weir boards, along with shoring it up by strengthening the bridge and embankments.

The lock gates and jetty will also needed to be replaced to bring it back to full condition.

Waterways Ireland infrastructure is investing €3.2 million on this project, which they began design work on as far back as 2012.

“It will be a great day when the communities of Meelick in County Galway and Lusmagh in County Offaly are linked again by the Weir walkway,” said Galway East TD Seán Canney.

“The whole area is full of history with the Victoria Lock, Meelick Church, the Red Bridge and the two Martello Towers.”