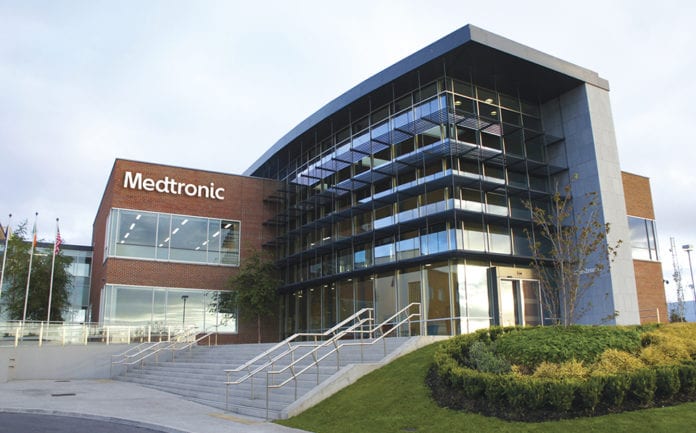 Medtronic is continuing to expand its Galway offices as the medical devices company has received permission for another extension to its campus.

Planning permission has been granted for renovations to Building 2 of the Medtronic campus in Parkmore Business Park.

Existing structures being cleared away include the demolition of the building’s rear entrance lobby and removal of portacabins and storage containers.

A new car park will also be installed on the site which will raise the total parking available for the building by eleven spaces.

No submissions were made the the council about this development, and council planners raised no objection.

This is the second expansion to the Medtronic campus in Parkmore that’s been approved recently.

In November Galway county council gave the go ahead for a significant expansion to Building 2 of Medtronic’s campus.