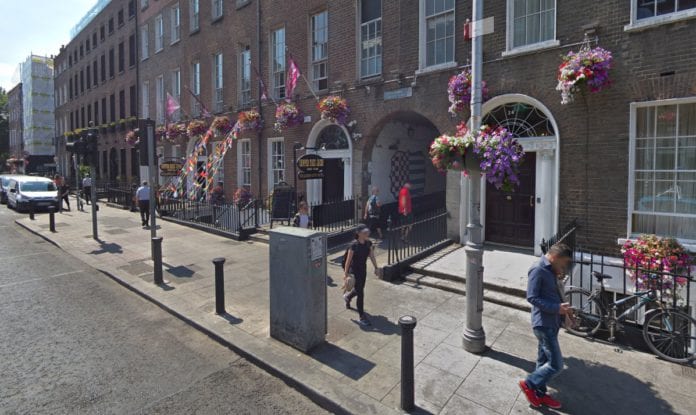 Cathal Jackson, owner of the Jackson Court Hotel and the attached nightclub Copper Face Jacks, put the business on the market last week.

It’s estimated that the premises on Harcourt street could sell for up to €50 million.

The Sunday Business Post reports that Pat McDonagh is considering adding it to his growing portfolio of hotels.

McDonagh is quoted in the Post as saying the nightclub “has a special place in a lot of relationships, especially for those from the rural community.”

The 36 bed hotel and nightclub sprawl across three floors in five buildings on Harcourt street.

By the end of 2018 the total profit which had accumulated at Breanagh Catering, operator of Copper Face Jacks, had risen to €75 million.

Though his main claim to fame is as the founder of fast-food chain Supermac’s, McDonagh is also a prominent hotelier.

The SÓ Hotels Group, owned by Pat and Una McDonagh, controls six hotels including the Loghrea Hotel & Spa and the Athlone Springs Hotel.