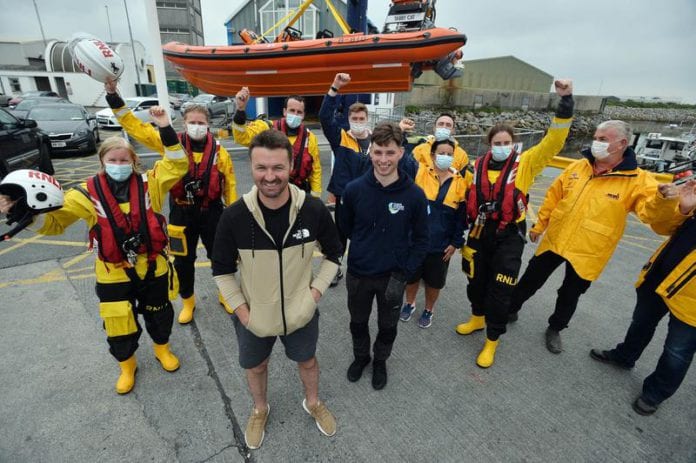 A Mayoral Reception will be held in the city this week to honour the two fishermen responsible for two rescues in Galway’s waters recently.

The two young women spent the better part of 15 hours in the water overnight after getting swept out to sea while paddle boarding at Furbo.

After a massive search and rescue effort involving the Coast Guard, RNLI, local fishing vessels, and private aircraft, the Oliver’s found the girls clinging to a lobster pot south west of Inis Oírr, after using their local knowledge to estimate where the currents might have carried them.

And just a week ago the two fishermen rescued another person from the waters of the River Corrib.

A pedestrian had spotted the man in the water, and fortunately the Olivers were on hand with their boat, and managed to pull him with the water.

A Mayor Reception honouring their heroic achievements will be held at Leisureland this Friday, October 2 at 4pm.

A small presentation will also be made to Ellen Glynn and Sara Feeney in recognition of their bravery.

Due to current restrictions, the event will be socially distanced and the numbers attending will be limited.