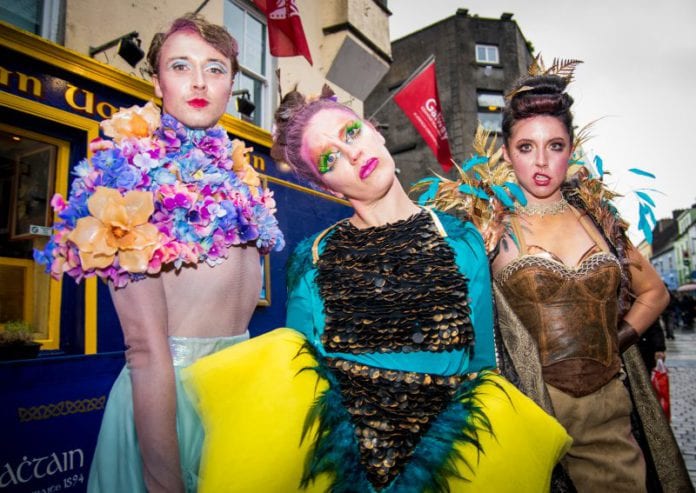 Massive crowds numbering in the thousands are out on the streets of Galway this evening to catch the Macns Halloween parade.

There’s an electric feel in the air as people wait to catch a glimpse of Macnas’ signature massive creations and performances that always dazzle.

People numbers of people are lining the parade route as it sets off from NUI Galway like every year.

From the university, the parade will cross the Salmon Weir bridge at the Cathedral, then turn onto Francis and Eglinton Streets, and go down Shop street and Mainguard street before crossing the river at O’Brien’s bridge.

The parade will then follow the water along Raven’s Terrace and Claddagh Quay, before finishing up at Nimmo’s pier.

The calm before the #macnasparade storm. The anticipation!! #Macnas pic.twitter.com/qyHizh3iwY

The 2018 Macnas Parade ‘Out of the Wild Sky’ celebrates the act of transformation.

Viewers can expect to see otherworldly floats and performers in amazing costumes and makeup.

54,000 people are expected to line the streets tonight to catch this amazing display of visual storytelling.

This year Macnas will be live streaming the parade live through their Facebook page, if the weather’s a bit nippy out for your tastes.

The stream is expected to begin at 6:15 for those looking to catch it.