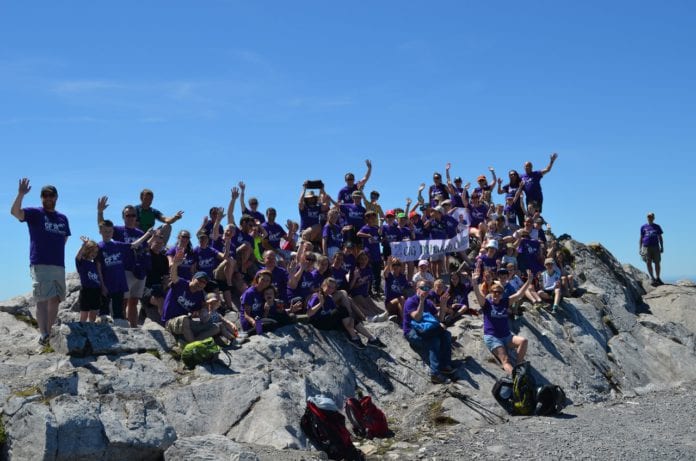 The Maigh Cuilinn community saw friends and family unite on a memorial walk as they climbed to the top of Diamond Hill in memory of the late James Devaney.

Over 100 friends and family from the Maigh Cuilinn community, climbed to the top of Diamond Hill in glorious sunshine on Sunday June 24th.

A memorial walk had been organised in memory of the late James Devaney, a sufferer of Cystic Fybrosis, a husband, father of 2 boys, a lover of the GAA and a former coach of the Cumann Peile Maigh Cuilinn/Cumann Iománaíochta Maigh Cuilinn.

The walk had been organised by the remaining coaches of the Cumann in memory of their fellow coach and friend James Devaney who passed away in mid October of last year.

Work colleagues from NUIG joined GAA friends and families along with many Maigh Cuilinn folk in a fun filled day out.

Purple was certainly the colour of the day as CF tee shirt clad hikers swarmed the walkways and trails leading to the top.

“James would be very proud to know that so many people took the time and the effort to climb in his memory.

“He would be especially delighted with the amount of youngsters who took part, James relished coaching the kids in both hurling and football.

“On behalf of myself and our family I would like to say a huge thank you to everybody,” Shayna, James’ wife, told the climbers who gathered together at the top for some refreshments and photos.

All funds raised were to support the CF Galway Hospital Project which James worked closely with. Money is still coming in and anyone can still donate directly to Cystic Fibrosis if they wish.

The tally hasn’t been finalised as of yet but it will certainly be over €2,000.

All of the younger climbers were presented with footballs or sliotars on their return from the peak.

“It’s important for us as a club to keep the memory of James alive,” said David O’ Reilly.

“James played a huge part in the development of these youngsters, his son Michael is part of our team and his other son Jack is part of the upcoming teams.

“The success of a sports club should be measured by much more than their on-field achievements, the role it plays in the local community and the outlet it provides for kids is paramount.”

A sense of community was evident as climbers ranging from 4 years old to 64 years old enjoyed some well earned ice creams in the courtyard at the foot of Diamond Hill.

This could well turn out to be an annual event as many people who were away on holidays are already asking when we can repeat it. 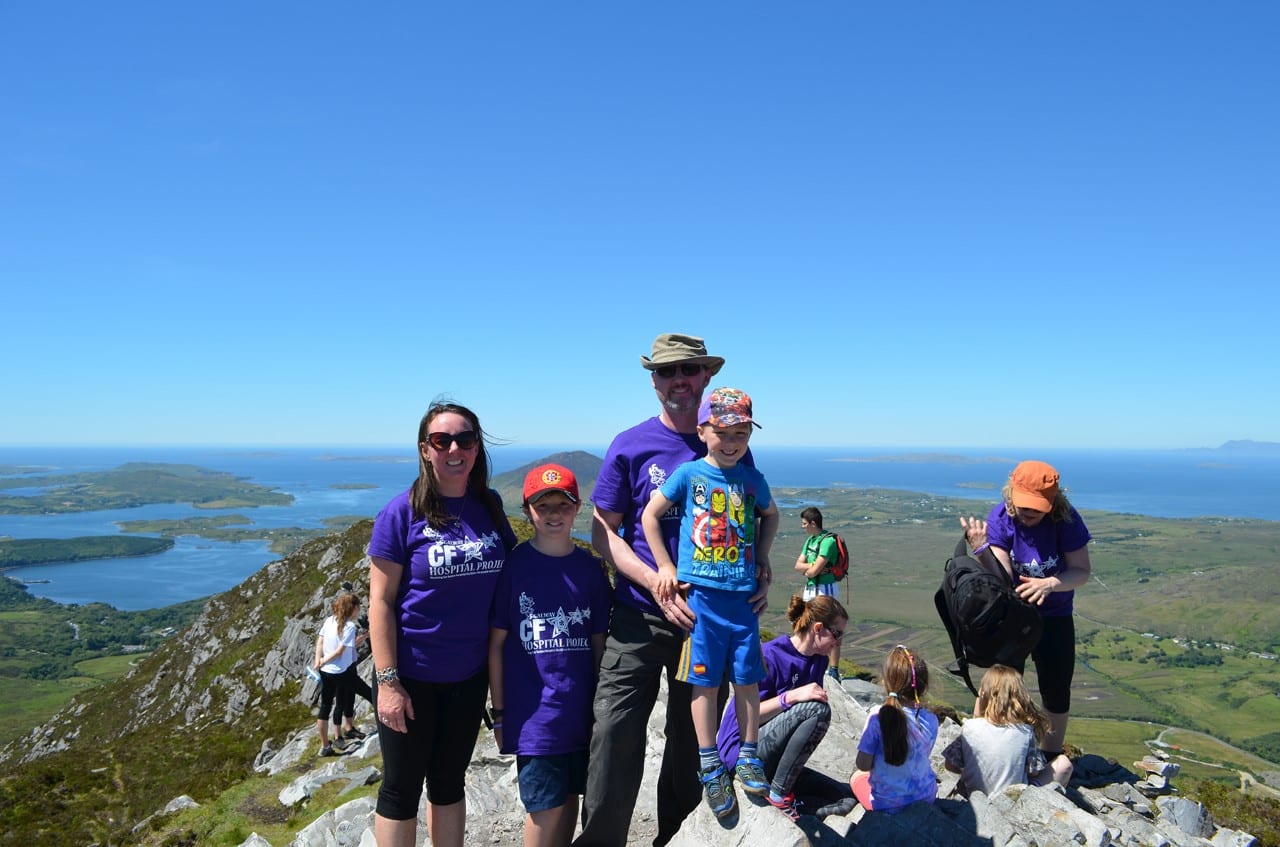 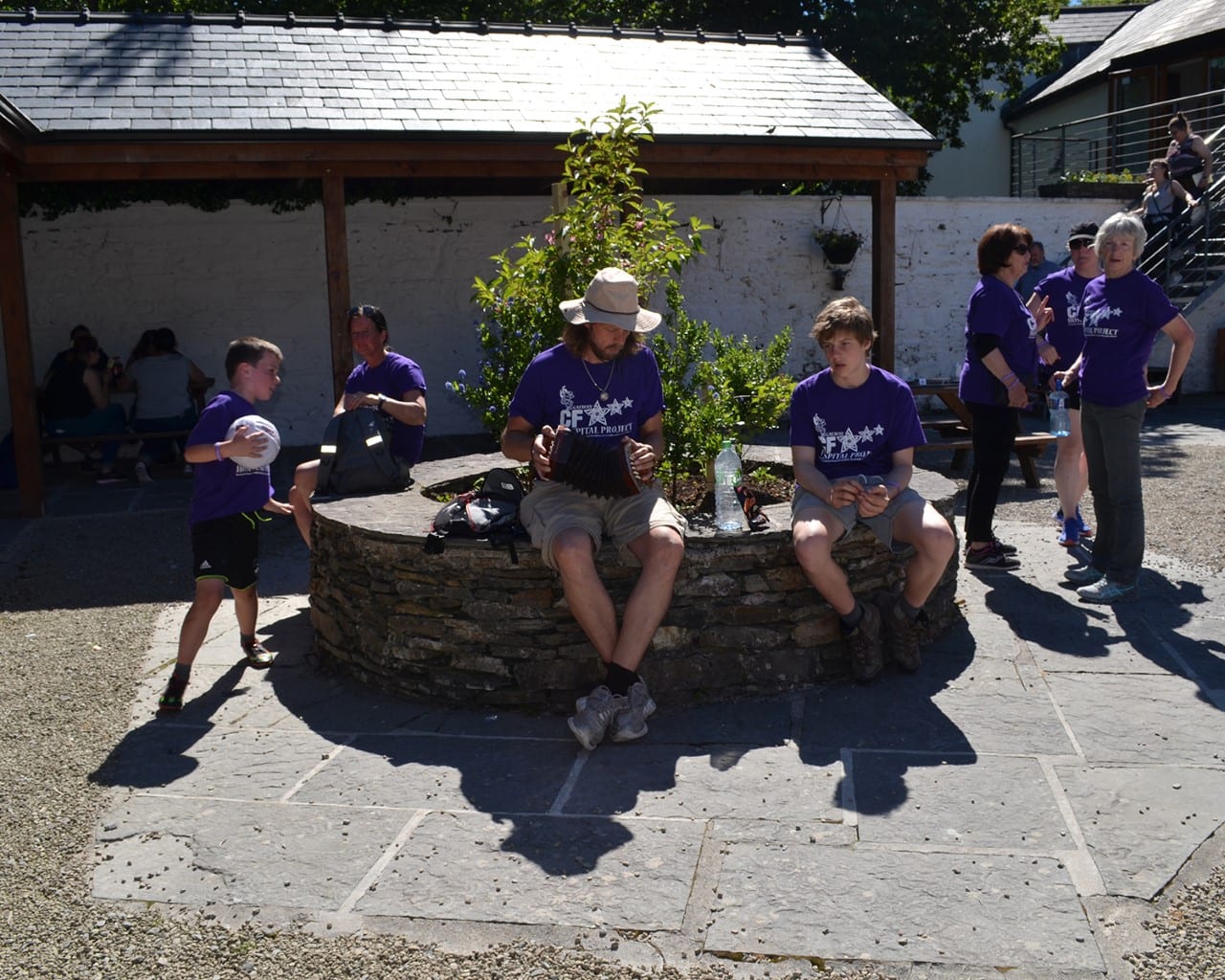