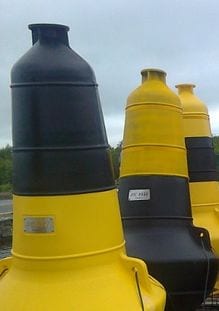 Several of the navigation buoys on Lough Corrib are either missing or have drifted away from where they’re supposed to be according to the city council.

The council recently issued a notification about three buoys on the lake which aren’t where they’re supposed to be.

More head scratching is a green buoy just south of the cardinal buoy at N53 31.069 W9 16.293 which has clearly drifted in from somewhere as there isn’t supposed to be any marker at this location.

However, at this point, where that buoy is supposed to be on the lake is unknown.

“I apologise for the inconvenience caused and request all users of Lough Corrib to exercise caution while these buoys are missing. I will update you further as the works are carried out.”