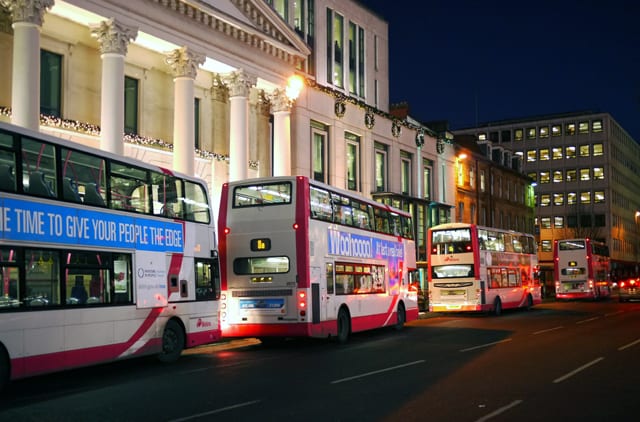 Minister Shane Ross has been questioned in the Seanad about the problems that have arisen in Galway ariund driving tests for buses and lorries.

Galway Senator Gerard Craughwell said the situation is serious for companies which train HGV drivers and that some of the driving instructor schools employ up to 14 people whose jobs are now on the line.

Senator Craughwell said: “Many driving tests for heavy good vehicles, HGVs, and buses scheduled to take place in the past two weeks at the Westside test centre in Galway have been cancelled.

“To put this in context, as the Minister may know, there is no dedicated reversing compound in the Westside test centre area of Galway.

“Until recently, those taking the HGV and bus tests were tested in a quiet area on a public road. Due to traffic management changes implemented by Galway council, that area is no longer available and an alternative reversing space has not been secured.”

Senator Craughwell said that the first problem is that the situation was ever allowed to arise.

“It beggars belief that an agency of the State would be dependent on the use of a public space for such a critical aspect of a driving test and that no investment, foresight or planning has been forthcoming to address this issue over the years.

“The driving test centre in question is sadly lacking in other respects, such as no parking being available for applicants and the public building having no toilet facilities.

“The second and more serious issue is that a very significant number of those scheduled for testing this week and last are participants on an education and training board, ETB, training course for HGV drivers with Galway and Roscommon ETB.

“They are on the course because they were unemployed but were ready to take up job offers upon its completion. The offers were contingent on their passing the test but, as tests are now cancelled, they cannot now take them up. The Minister will agree that is a horrendous situation for those people and their families.

“The situation is equally serious for companies which train HGV drivers. Who would sign up to an HGV course when it is likely there will be no test available in Galway at the end of it? Some of the driving instructor schools employ up to 14 people whose jobs are now on the line,” he added.

Minister Shane Ross acknowledged the problem, and said: “The RSA is currently considering a number of locations as an immediate short-term measure so that it can continue to deliver HGV tests in Galway.

“The RSA continues to work with the Office of Public Works, OPW, which has responsibility for securing estate for the Road Safety Authority, on a longer term solution in Galway. I recognise the problem.

“The Senator has his finger on the button and I will relay his comments to the RSA and support the case he has made because this issue has immediate consequences for certain parties to whom he referred.”