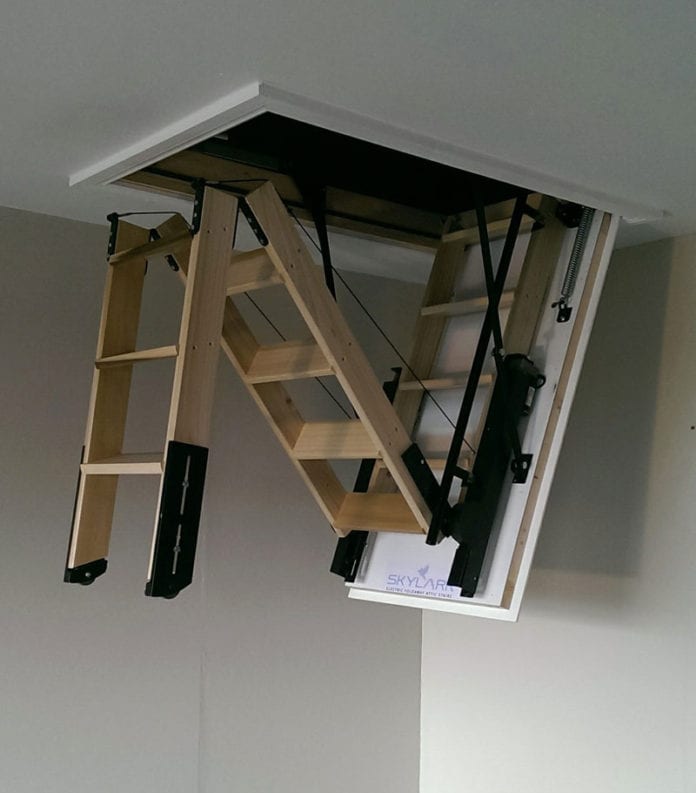 After almost collapsing when it’s business dried up with Brexit, Galway based stair manufacturers Skylark have turned it around to become a €1 million a year company.

Where once Skylark relied on the UK for 90% of its business, by pivoting to the United States, the company expects to grow to ten times its current size in the next three to four years.

The Irish Times reports that Peter Morrow, chief executive of the electric stair maker, said that in that time he hopes the business will expand to making 5,000 units a year compared with its current 500.

Two years ago orders had nearly dried up as people in the UK suddenly became a lot more worried about their spending, and now Skylark turns over €1 million a year.

Peter Morrow founded Skylark in 2011, fulfilling a long ambition to start his own business after taking redundancy, and over the next two years polished the design of the Skylark Electric Attic Stairs.

These remote attic stairs that can descend with the push of a button quickly found a market in Britain, particularly among older people who would have difficulty stretching overhead to pull down a stair.

Without much of a domestic market, and orders in the UK hitting rock bottom, Peter turned to the Local Enterprise Office in Galway for help.

They provided the company a grant to head to the US and a process engineer who helped them streamline production and save on costs.

Across the Atlantic, Skylark met with Marwin, a U.S company in the same line of business who were interested in bringing Skylark’s product to American buyers.

Marwin launched the Skylark Electric Attic Stairs in the U.S. at a trade fair in January 2017, which Peter Morrow told the Irish Times saved the company.

Though orders in the UK have since recovered to where they were before the Brexit referendum, Skylark has grown so much they only account for half of the company’s overall orders.

Along with the U.S. they also sell in Belgium and are on their way into the Canadian market as well.

Recently the company bought new machinery for their factory at Killaloonty outside Tuam where they employ five people.

Peter Morrrow said this machinery should give them the leverage to expand production, and they’ll soon be hiring more people to help them climb that stairs.