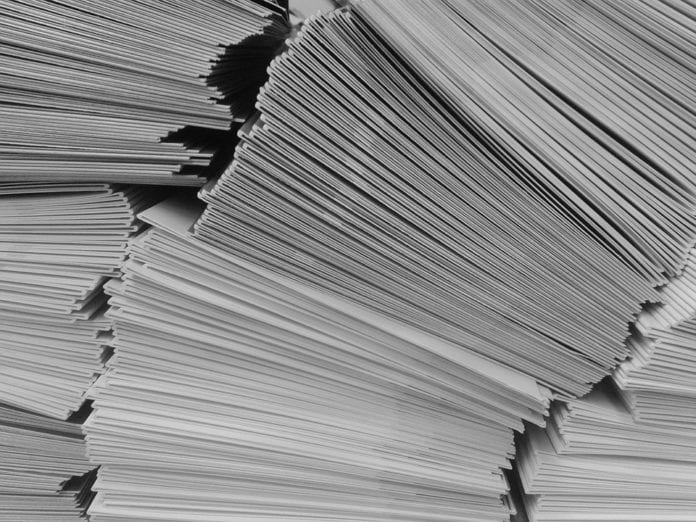 Hand in Hand, the Children’s Cancer Charity, has released details of their ongoing struggle with the HSE, a struggle that is marked by broken promises and funding that never comes to fruition.

In 2008, after the closure of a fellow Children’s Charity, Boys Hope – Girls Hope, the HSE committed funding to the amount of €450,000 to be paid to Hand in Hand over a three-year period.

€300,000 was to be directly redistributed from the closure of Boys Hope – Girls Hope Charity via the HSE (for safe-keeping) and a further €150,000 was additionally committed by the HSE.

In an internal HSE email, an official says that Hand in Hand “do not need to know that the funding is being reduced in half”.

“Ten years on, since the start of this ongoing fiasco we are no further forward,” said Jennifer Carpenter, service manager for Hand in Hand.

“If it weren’t for the internal communications sent to us in error, we’d still be completely in the dark about where our money went.”

The charity says that a few months later, the HSE told them that they were “not in a position,” to release the funds and that the matter was non-negotiable. 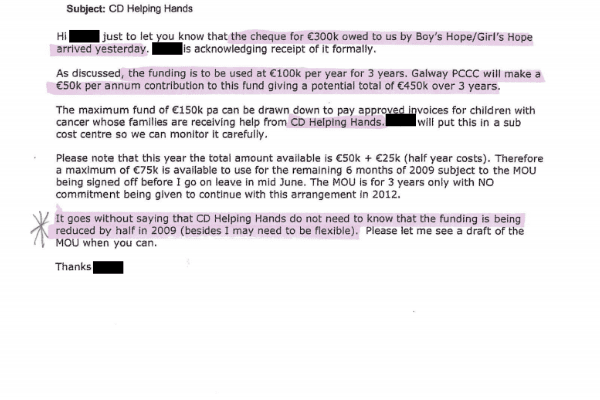 Hand in Hand says it became clear that the allocated funding was used by the HSE to offset their own bottom line.

“We run a very lean charity with only two full-time staff so that we can provide the maximum level of support to the families we work with,” Laura Bromley, fundraiser for Hand in Hand explains. 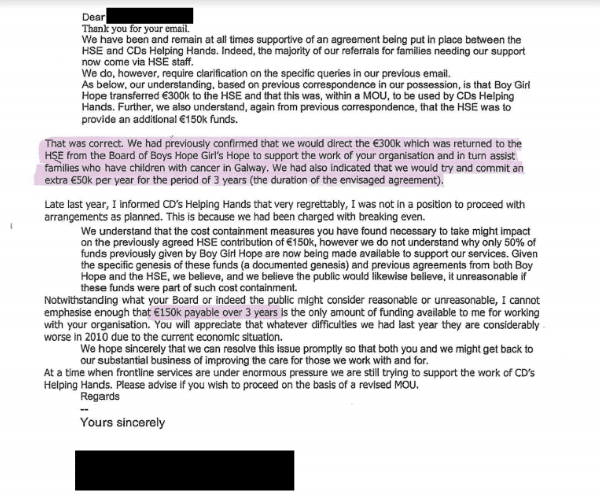 The charity currently work with 50 families across the country with a waiting list that continues to grow.

In Ireland, over 200 children are diagnosed with cancer every year with one in every 300 children diagnosed by their 19th birthday.

“The missing funds would have gone a long way towards achieving this. We could have provided thousands more episodes of care to families that need our support during the most difficult period in their lives.

“We would like to see the HSE make good of their broken commitments.

“It was nice that Simon Harris, Health Minister, acknowledged the value of our work in our last meeting but that doesn’t help our families. How can you misappropriate a children’s charity funds with a clear conscience?”

A spokesperson for the HSE said:

“Firstly, we wish to state that the HSE has had very significant engagement with Hand in Hand and all of the matters which you refer to have been discussed thoroughly with them.

“Tony Canavan, Chief Officer, Community Healthcare West last met with representatives from Hand in Hand in November, 2016 to discuss the historical funding position of this Voluntary Organisation via the HSE.

“Hand in Hand had a number of questions relating to funding that they understood would be passed to them between 2009 and 2011.  In 2009, it was hoped that a funding stream of up to €150,000 per year over three years would be made available to Hand in Hand to provide their services.

“Over a three year period this equated to €450,000.  However, because of the very difficult financial position the HSE West was experiencing in that year, the HSE was not in a position to follow through with this funding.  At that time all funded Voluntary Organisations were hit with significant cut backs.  In 2010 the HSE was able to provide €50,000 in funding to Hand in Hand.

“It had been suggested that the HSE acted as an intermediary, receiving money from one Voluntary Organisation to give to another.  This is not correct.  Boys Hope/Girls Hope operated as a Voluntary Agency during the 90’s and 2000’s in the Galway area.  At that time it was funded almost 100% by the Health Services. When it ceased operating around 2005, it was obliged, following settlement of its affairs to return any assets to the Health Service Executive.  This it did in 2009 and it was hoped that these monies could have been reallocated to Hand in Hand.  However, the financial position in that year did not allow for this and these monies were put to the bottom line.

It is worth noting that if the monies received back from Boys Hope/Girls Hope had actually been allocated to Hand in Hand at that time, there would have had to have been other cutbacks in other services in order to facilitate what would have been essentially a service development.

“Hand in Hand were notified quickly of the changed financial position in 2009.  It is clear from the file that the decisions taken by HSE Managers in 2009 both in the winding up of Boys Hope/Girls Hope and in the funding decisions associated with Hand in Hand where appropriate given the financial circumstances of the HSE at that time.

“It is worth repeating that all Voluntary Agencies were hit with financial cutbacks in those years.”