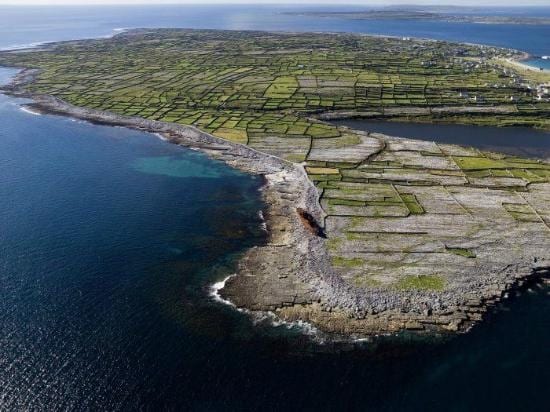 The sustainable development of Ireland’s islands will be the focus of a newly formed inter-departmental government committee starting work this month.

Galway West TD and Minister of State with responsibility for the Islands Seán Kyne will be heading the Interdepartmental Committee on Island Development in its work.

Announcing the date of the first meeting Minister Kyne said “Having visited the islands and having met with individuals, communities, island representative organisations, Oireachtas members and other public representatives, I know the great significance of our islands to our heritage and to our language.”

Minister Kyne added that in recent years the priority for development of the islands has been on improving infrastructure and subsidising access to services.

Stark differences between the quality of services and amenities on the Aran Islands and the mainland have been seen in the past few years in both transport and water supply.

The unprecedented drought that occurred in the summer of 2018 saw water shortages and restrictions in many places, but the Aran Islands were hit harder than most due to a lack of water storage facilities.

In the year since Irish Water has been trying to make up this lack with planning applications for water storage tanks, though they have been hit with setbacks.

Similarly, the need for greater development of transport to and from the islands was put in the spotlight during a potential shutdown of Aer Arann that would have cut one of their biggest transport links with the mainland.

Despite this Minister Kyne said that work done so far has achieved significant improvements in the quality of life for island residents.

“I am looking forward to working with colleagues across all of the relevant Government Departments to develop a cross-Government Islands Policy with an associated Action Plan,” Seán Kyne said.

“However, in order to tackle the challenges that island communities face, some of which are unique to islands, the Government has approved the establishment of an Interdepartmental Group, which I will chair”.

The inaugural meeting of the committee will take place next week on September 24.