Knocknacarra lorries endangering children should be ‘banned’ in morning 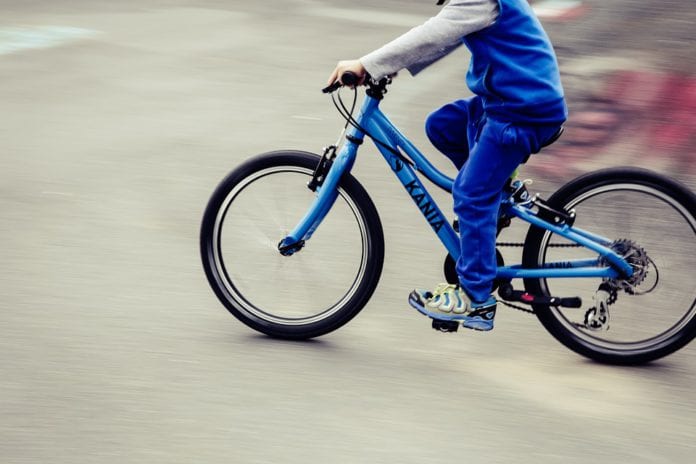 Galway’s developers and delivery companies have been asked to consider not driving their lorries on Galway roads at certain times during the day, so that children can cycle to school safely.

The suggestion was made by Pauline O’Reilly, the Green Party’s candidate for Galway City West.

She says that she has seen a video taken by a concerned parent of a truck running a school child off the road.

The traffic was moving slowly but the truck just squeezed the child out of the lane and she was forced to move her bike onto the pavement to continue.

Pauline O’Reilly said: “Galway, we can do better. This is a community that cares deeply about children and families.

“I believe that, like me, most Galway people believe our children have the right to travel safely to school without being run off the road by trucks.

“If cycling is going to be a real alternative for Galwegians, it must become a truly safe option, not just the preserve of the bravest souls among us – and that includes our kids.”

Parents of children at Gaelscoil Mhic Amhlaigh and Knocknacarra National School have come together to run a ‘cycle school bus’, where adults cycle with the children to keep them safe.

The Green Party candidate continued: “I call on Galway developers and delivery companies to consider a ‘school run’ ban on trucks on the roads.

“This would just mean keeping trucks off the road from 8.30 until 9.15 and 2.30 until 3.00 on school days.  That way, our kids can get safely to school and their parents’ cars can stay off the roads too.”

The National Lottery is urging lotto players in Knocknacarra to check their tickets from before Christmas as a €46,234 prize sits unclaimed.On Sunday, December...
Read more
NEWS

An Bord Pleanála green lights plans for 121 homes at Barna

An Bord Pleanála has granted planning approval for the constructions of 121 homes on the outskirts of Barna.Buekeway Homes submitted a Strategic Housing Development...
Read more
NEWS