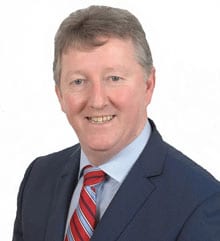 Plans for Flood Relief works in Kinvara have taken a step forward as Galway County Council will soon begin an application for OPW funding.

Galway East TD Seán Canney confirmed that the county council is soon to begin the survey and costing of a Minor Works application to the Office of Public Works for a flood relief scheme.

“Kinvara has experienced serious consequences from tidal flooding from time to time, most recently in 2017,” Seán Canney said.

“After the properties along the quay flooded two years ago, I brought the Minister for the Office of Public Works Kevin Moran to Kinvara to see at first hand the devastation caused.”

According to the Independent TD the OPW has said that it will consider any application for funding under the Minor Works Scheme.

The County Council is to begin the process of making such an application within the next four to six weeks, he concluded.