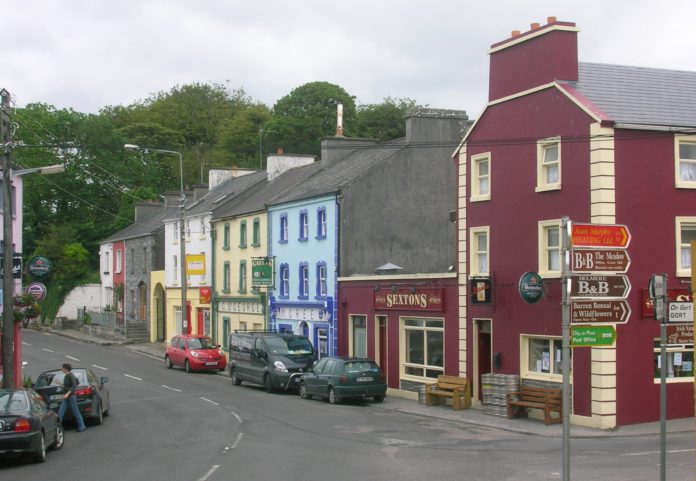 Kinvara has been announced as the ‘Sound Town’ winner for September following a huge effort from the community to raise funds for the Kinvara Hockey Club.

Kinvara will now be shortlisted for a chance to win €10,000 when the overall 2021 Sound Town winner is announced by Today FM at the end of the year.

The village in southwest Galway has a lively calendar of events with the community celebrating the Cuckoo festival and the renowned Cruinniú na mBád festival every year.

People show their appreciation for Kinvara through community groups and activities such as bee keeping, tree planting, and the Kinvara Plastic Free initiative.

They also dedicate time to protect the people within their community by promoting positive mental health and wellbeing with community group’s such as ‘Kinvara Alive’, and a swimming club which offers and lifesaving skills.

Most recently, the community has been fundraising to help the Kinvara Hockey Club, which has over 200 members, in their pursuit to create a community multi-sport pitch.

Last year, the girl’s hockey pitch had to shut its gates but since then, the Kinvara hockey club and community have been raising funds for the #PushForAPitch campaign which has included a virtual run covering the 13,905km distance to Tokyo, following the footsteps of their Olympic heroes – the Irish Women’s Hockey Team.

Commenting on the announcement of Kinvara winning the Sound Town award, Today FM’s Alison Curtis said: “When you look at 2020 and how it kept us all apart, it is communities like Kinvara that are reinforcing Ireland’s positive and unwavering reaction to this pandemic.

“We are a nation that tends to look after each other and that is truly evident in the way Kinvara have come together to support the town via volunteering.

“Their actions will inspire others to do the same and we are so thrilled to present Kinvara with the September 2021 Sound Town award.”

Throughout the year, monthly winning towns are selected by Today FM’s Alison Curtis and presented with an official ‘Sound Town’ plaque.