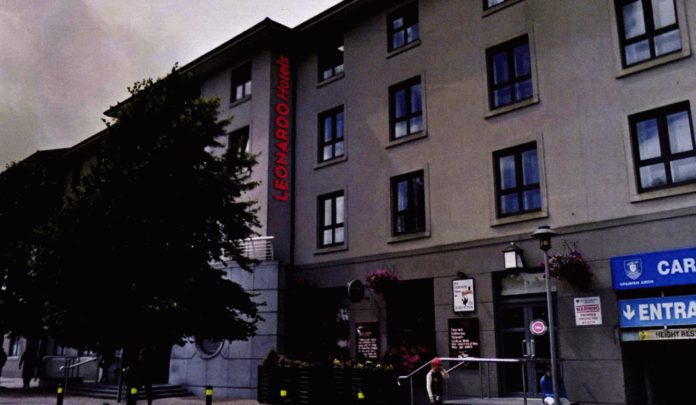 A familiar sight in Galway City will be getting a new moniker under plans for the rebranding of Jurys Inn hotel.

The Fattal hotels group has submitted a planning application to the city council to erect new signage with a new name on the city centre hotel.

This is part of a move by the group to rebrand Jurys Inn hotel in Ireland as Leonardo Hotels.

The application is to erect three new signs, one over the front door of the hotel on Quay Street, and two more on the southwestern and northwestern facades.

In 2020, An Bord Pleanála gave the green light for a major expansion of Jurys Inn, which will involve building a new wing facing onto the River Corrib.

The extension will add 89 additional guest bedrooms onto the hotel, and the plans said that it will result in an estimated 55 new permanent jobs.

Three appeals were made against the decision when it was first approved by the city council the year prior.

One was by Costa Coffee, which also occupies space in the building Blake’s Castle, that said their property is included in the application site, and that they did not consent to a planning application being made.

An Taisce expressed environmental concerns about the potential impact of the development on River Corrib and Galway Bay SACs, as well as the visual impact it would have on the city centre, and about several protected structures in the area.

And the third appeal was made by the owners of the neighbouring car park, which said that they only have a contract with the hotel to provide 24 parking spaces up to 2028.