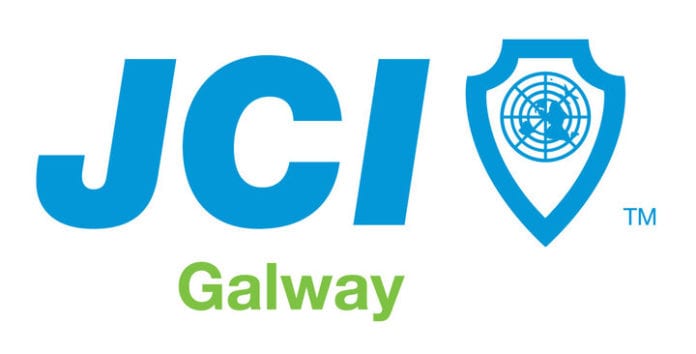 The JCI European conference had been planned to take place in Dublin this May, hosting several thousand delegates from across the world.

But unfortunately it was cancelled as so many events were due to this pandemic, and shortly after the decision was made that the event would be held online.

Colleen Baxter, 2020 President of JCI Galway was thrilled when her branch won an award for their ‘Best Inter-Organisation Collaboration project’.

Realizing that many members were struggling to stay encouraged and active during the COVID-19 pandemic period, Junior Chamber Galway organised the project Effective Weekend to host a series of JCI leadership courses and training sessions.

In an effort to cultivate more future leaders for the local and national organisations, JCI members utilised video-conferencing technology to move all their face-to-face training sessions online.

Not only did this allow the sessions to proceed without interruption, but also brought a new
learning experience to the Junior Chamber trainers as well.

The event proved to be a fantastic example of adapting to the changing world and ensuring that members still have access to training and development opportunities during these trying times.

This is the second year in a row that JCI Galway have won this award and Colleen says that they’re already working to make sure they get the hat-trick.

The Galway team itself had made it to the European stage after triumphing over JCI Cork in April.

There they debated against the teams from Turkey and the UK, but were unfortunately knocked out at the semi-finals.

“It was an honour to represent both Galway and Ireland at a European level,” Colleen Baxter.

“I was delighted that we made it to the semi-finals in the debating competition and we hope to compete again at the JCI World Congress in Japan later this year.”

As to how the experience differed from past years, she said “It was a bit weird competing online but overall we really enjoyed it.”