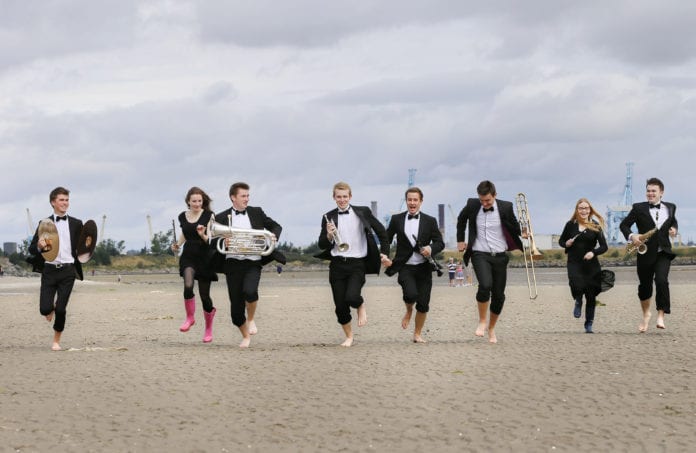 Over sixty of Ireland’s finest young wind, brass and percussion players have been selected to play in this year’s Irish Youth Wind Ensemble – a week-long music course where young musicians can hone their talents under the guidance of professional conductors and musicians.

The course will this year culminate in two concerts; one of which will be taking place in St Nicholas’ Collegiate Church, Galway at 6.30pm on Sunday 29 July.

The musicians will be led by the talented conductor Ronan O’Reilly, who is the Director of the Artane School of Music, and guest conductor Captain Thomas Kelly.

The highly accomplished young musicians of the ensemble come from across Ireland and will work intensively in a week-long residential course in the University of Limerick with some of Ireland’s top brass, wind and percussion tutors.

The concert’s exciting repertoire will feature works not often heard by Irish audiences such as Berstein’s suite from Candide, alongside compositions by Elgar, Philip Sparke, and Martin Ellerby.

The Wind Ensemble was formed in 1985 by James Cavanagh and Fred O’Callaghan. Since its beginnings, over a thousand young musicians have participated in the event.

The ethos of the IYWE is to offer young wind, brass and percussion players an opportunity to study, perform and experience music specifically composed for the wind ensemble medium and to present music which otherwise would not be heard by Irish audiences.

Not only is the Wind Ensemble the leading platform for these young musicians to exhibit their musical prowess but, due to its unique nature, is often the birthplace of many Irish and even world premieres of wind ensemble compositions.

That the IYWE has survived and flourished for over three decades is due to the enthusiasm and vision of its founders, the talent and enthusiasm of its members and the efforts and commitment volunteered by numerous supporters.

Full concert details can be found at www.iywe.ie.