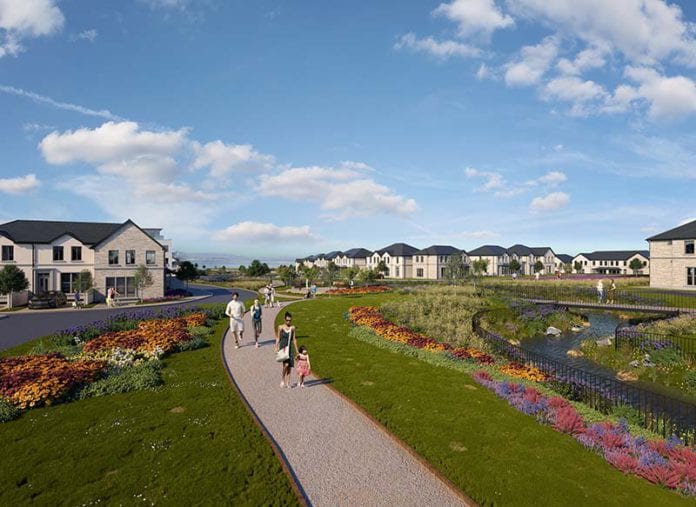 A residential development in the works for Barna consisting of 197 homes has had its planning approval overturned after a judicial review.

The application had been made directly to An Bord Pleanála through the government’s fast track planning process.

The project was expected to create 150 jobs in the the area during Phase 1 of construction which was set to get underway in Barna this January.

But the decision to grant planning permission was appealed by Gabriel McGoldrick and Heather Hill Management Company, in charge of the adjacent Heather Hill estate.

They sought a judicial review of the decision, arguing that the development was in breach of the county development plan.

In his decision Mr Justice Garrett Simons said that the development “would involve a material contravention of the Galway County Development Plan in two respects”.

“First, the scale of the proposed development would breach the population allocation for Bearna as set out in the core strategy and settlement hierarchy, and as recently affirmed by a variation made to the County Development Plan on 23 July 2018.”

“Secondly, part of the application site lies in an area which has been identified as being at risk of flooding.”

“The County Development Plan provides that proposals for development works in this area are to be subject to a development management ‘justification test'”.

“This was not done. An Bord Pleanála also erred in law in purporting to defer the completion of a site specific flood risk assessment.”

The judge added that just because there is a conflict between two objectives of the development plan it doesn’t mean that An Bord Pleanála can contravene one of those objectives and say that it is immaterial.

He added that while the higher planning authority is allowed to grant planning permission where there is a contravention of the development plan, it must provide the reasons why this was done.

“On the facts of the present case, An Bord Pleanála mistakenly concluded that the proposed development did not involve a material contravention, and, as a consequence, did not address its mind to these statutory requirements.”

The judge concluded that these legal errors invalidated the grant of planning permission to Burkeway Homes.

He set aside An Bord Pleanála’s decision and adjourned the case to next month to decide whether it should be sent back to the planning authority for reconsideration.