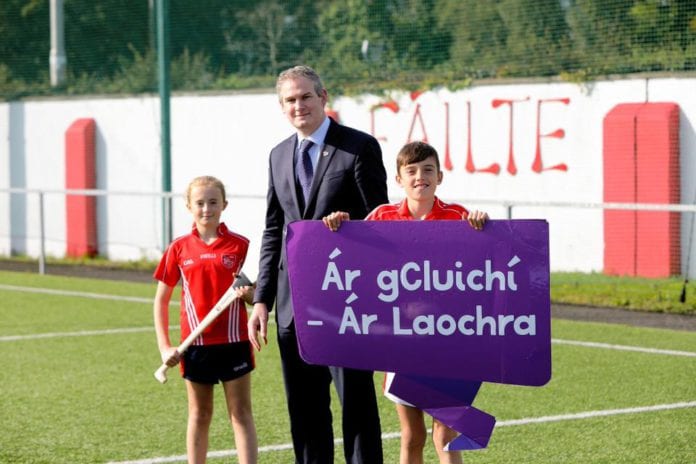 Funding of over €683,000 has been awarded to develop an Irish Language Foundation named for the late Galway hurling legend Joe McDonagh and support gaelscoils keeping Irish alive in the home.

Glór na Gael was recently awarded this funding by Minister of State for the Irish Language and Galway TD Seán Kyne to develop the Joe McDonagh Foundation and support the Teanga Tí/Family Language Scheme.

Joe McDonagh was a legendary hurler in Galway, President of the GAA and a strong supporter of the Irish Language.

This foundation encourages the use of the language in innovative ways in GAA clubs. So far 128 clubs nationwide have signed up including six in Galway.

The Teanga Tí/Family Language Scheme works with gaelscoils to support homes where Irish is still the primary spoken language.

It works in partnerships with 15 gaelscoils in total, including Gaelscoil Mhic Amhlaigh in Knocknacarra, and targets areas which are outside of traditional gaeltachts.

“These schemes support the use of Irish both outside of the education system and outside of traditional Gaeltacht areas and I am delighted to be able to approve this funding to help further develop the schemes over the next four years,” Seán Kyne said.

The Joe McDonagh Foundation scheme is administered by Glór na nGael and the GAA and gives clubs the chance to integrate Irish into all aspects of its activities.

It suggests 70 actions clubs can take which could increase Irish’s use both in the club itself and within the wider community.

Clubs are awarded a bronze, silver or gold medal based on the number of actions successfully implemented.