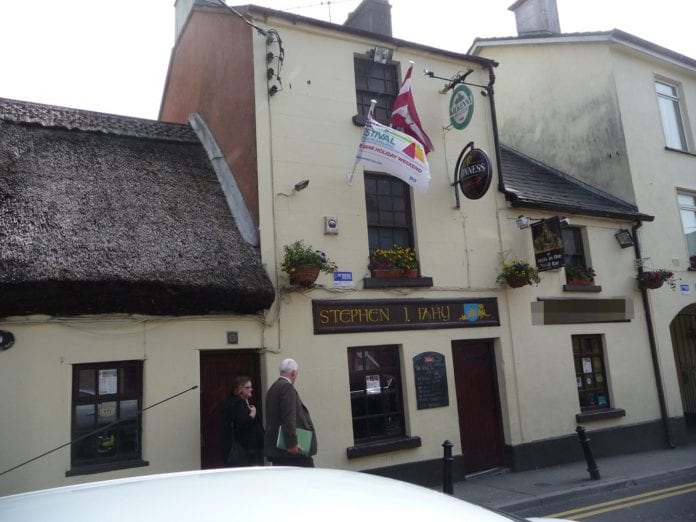 The famed and notorious Hole in the Wall pub could be reopening after its closure last April.

A new Facebook page for the Hole in the Wall Bar on Eyre Street has been set up with a cover photo containing the phrases “Same Place, Same Name, New Story and Watch this Space”.

The pub made headlines over the last few months when 15 former employees sought a High Court injunction stopping the owners and operators from offering the lease to a new operator.

The former staff obtained a temporary injunction against the pub’s owner Mr Stephen Fahy, as well as the company Stephen Fahy Ltd. which held pub’s the lease.

They argued that if the business was wound up, and the lease and licence transferred, it could negatively affect their claims as creditors.

The employees have made various complaints to the Workplace Relations Commission which are pending.

The temporary injunction was lifted last month after discussions in which, according to the Irish Times, the defendants undertook to tell the plaintiffs within seven days if the lease is being transferred.

It appears now that the Hole in the Wall pub is in fact reopening and possibly re-branding if the recently launched Facebook page is anything to go by.

Some of those who shared the new page expressed their hope that the pub be opened for Race Week.

The Hole in the Wall is most well known in Galway for its part in Donegal Tuesday during the unofficial Rag Week in February.

Hundreds of students have been known to line Eyre Street from the early hours of the morning to take part in this day long drinking event.