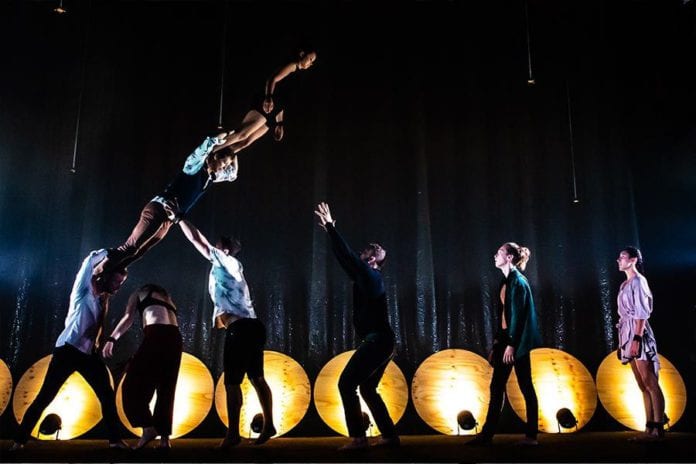 The no frills DIY circus group Gravity and Other Myths are returning to Galway International Arts Festival for their most stunning acrobatics ever in Out of Chaos.

With acrobatics and live music described as “hard–edged, throbbing and explosive”, Out of Chaos is the most ambitious show ever attempted by this amazing group of acrobats and other performers.

Previous shows from Gravity and Other Myths, Backbone and A Simple Space both took the world by storm playing Galway, Australia, Europe and America.

With rave reviews and standing ovations at every sold–out performance, Gravity & Other Myths has been greeted with rapturous responses across the globe.

Their latest shows builds a connection between audience and performer by exposing the inner workings of the world class acrobat.

It runs at Galway Arts Festival this week from July 23 – 27 in the Bailey Allen Hall at NUI Galway.

Regular shows are at 7pm each night, with a 2pm matinee on Saturday, July 27.

Tickets are €20 – €29 and can be booked online here or at the Galway International Arts Festival Box Office at the Cornstore on Middle Street.